I’ve Seen It All, and I Don’t Mean Maybe

In 1924 Phil Gooding was a twenty-year-old bus driver for the United Railways and Electric Company (later the Baltimore Transit Company). He was also the proud owner of a 1923 37 cubic inch, 7 horsepower Indian Scout. When his boss suggested that he take a vacation Phil jumped at the chance. He loaded his moto-cycle and rode from Baltimore to to Los Angeles and back. It was nine weeks, and over ten thousand miles, more than half of it on dirt tracks. 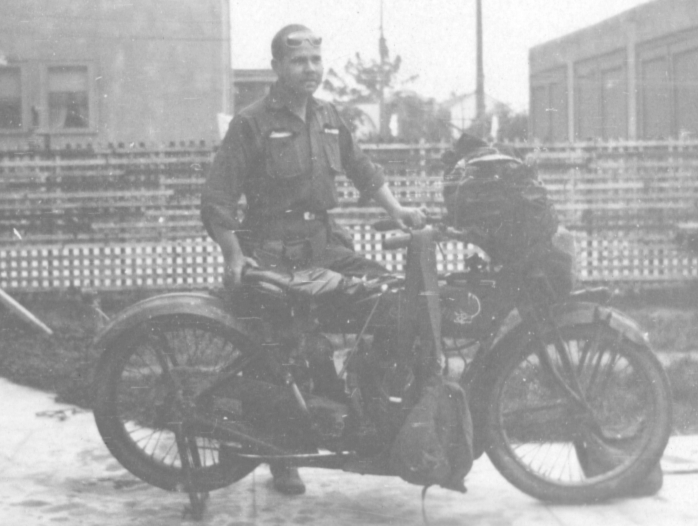 Phil with his Indian Scout at the end of his trip.

Phil took along a Brownie camera and a journal where he kept a record of his trip. Phil died in 1954, but this journal and his pictures along with letters, postcards, receipts, and even the title to his Indian survived in the attic of his Baltimore rowhouse. This is a transcription of Phil’s journal along with a few of his pictures. I’ve also included an article from the December 1924 issue of Baltimore Trolley Topics where Phil was interviewed about his trip.

It was a joy to be able to ride along on this trip with Phil – I hope you enjoy it as much as I did.