Hey – I finished the Uke! 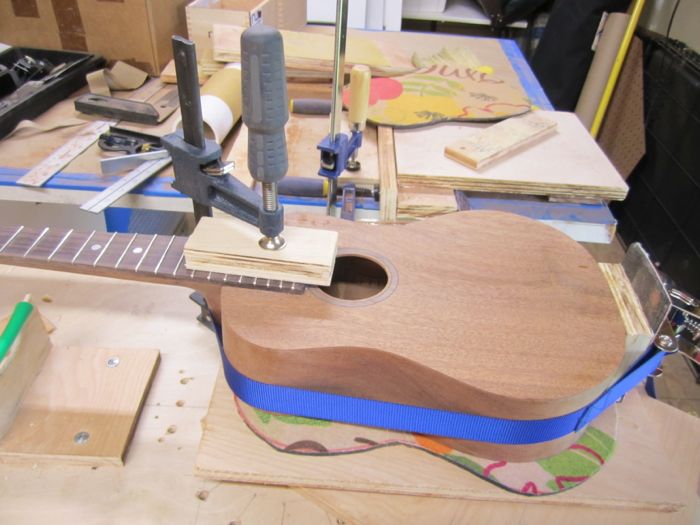 Gluing up the neck

When I left you last – I’d finished with the neck – and was ready to glue it up. So I got a cam strap out of my truck, and a bar clamp – and glued it up. 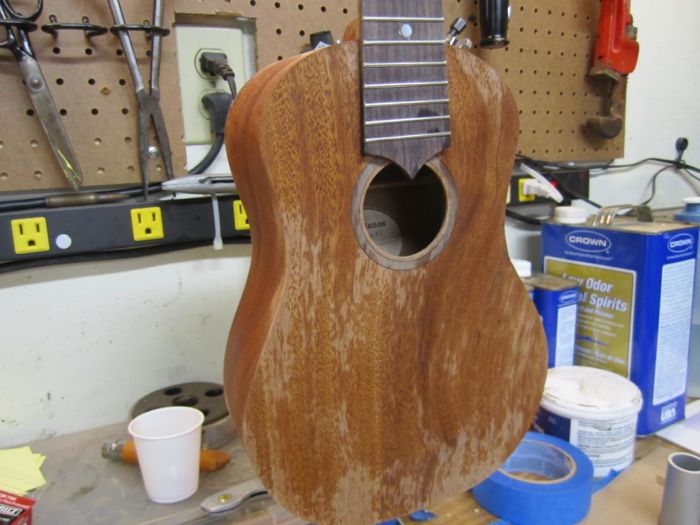 I’d sanded the body and the neck separately up through 320 grit sandpaper – then – I wiped down the uke with a damp rag, let it dry, and sanded it down with first 400, then 600 grit sandpaper. The water raises the fibers of the wood – and then they get sanded off – theoretically. 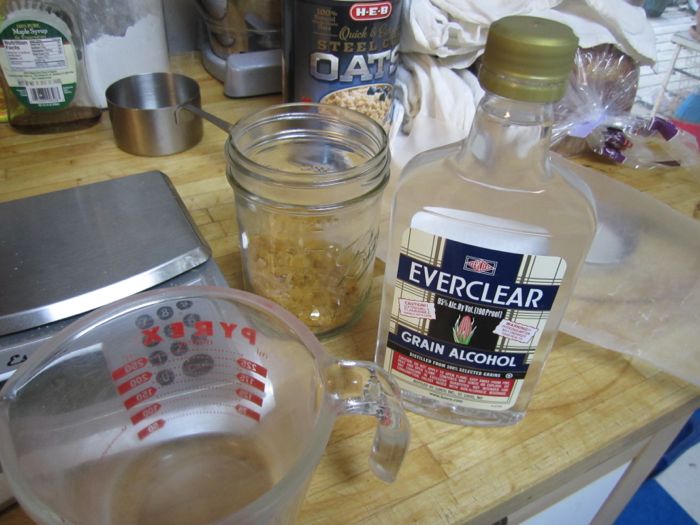 Mixing up the shellac

I’m going to finish the uke with what’s called a French Polish. It’s not a polish at all – bat a lot of hyper-thin layers of shellac. I start off by mixing up shellac flakes with pure grain alcohol – we’re using a 2lb cut of shellac. I mixed up 1 cup – and after finishing the uke – I can’t tell that any was used. 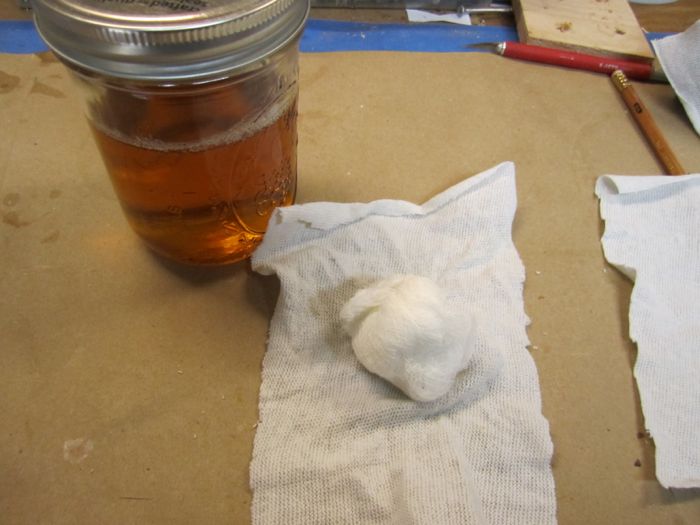 You apply the shellac with what’s called  muneca or fad. I have a ball of gauze, and wrap it tightly in cotton (like t-shirt fabric). 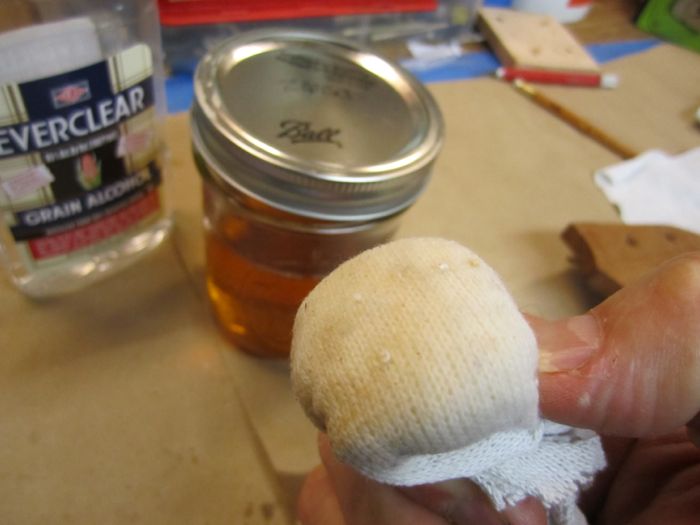 You place a few drops of shellac at a time on the menuca – and then rub it onto the wood. I did 9 coats on my uke – I’d guess that less than a tablespoon of shellac went into those 9 coats. 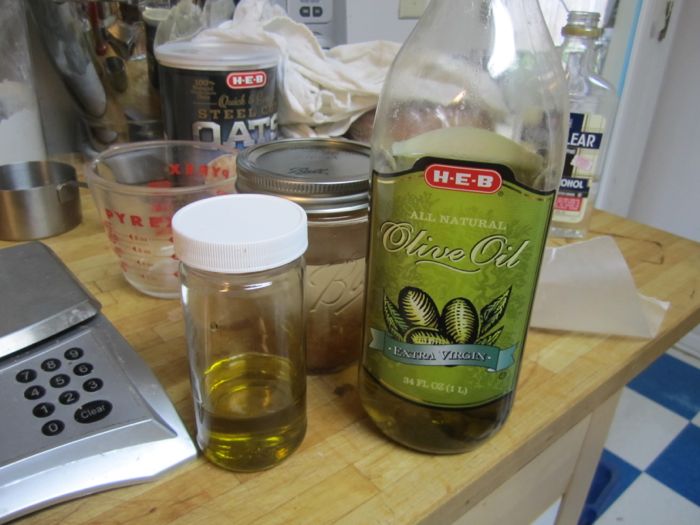 As you get more coats on, the alcohol in the shellac will melt the previous coats, and the menca will stick or drag. When that happens you put a drop of olive oil on it – and keep going. As the alcohol dries, the oil gets forced to the surface and you just wipe it off with a rag. 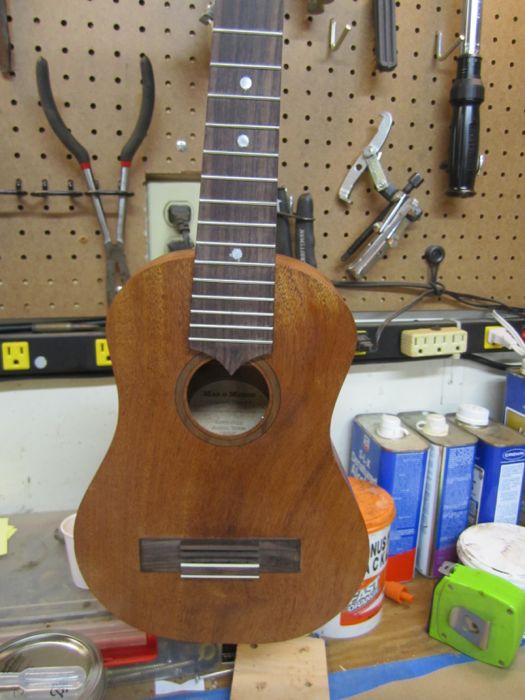 Here’s after about 6 coats – it’s a pretty nice finish – not shiny like poly – but pretty deep – I like the color as well. 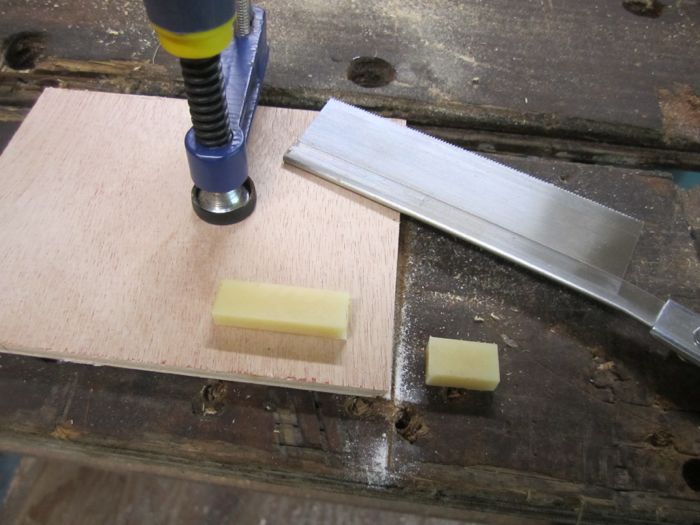 One of the last things I had to do was make a nut – since the one the morons at Waldork Music sent was too short. I get a bone classical guitar nut blank from Stewart McDonald, and cut it to fit. 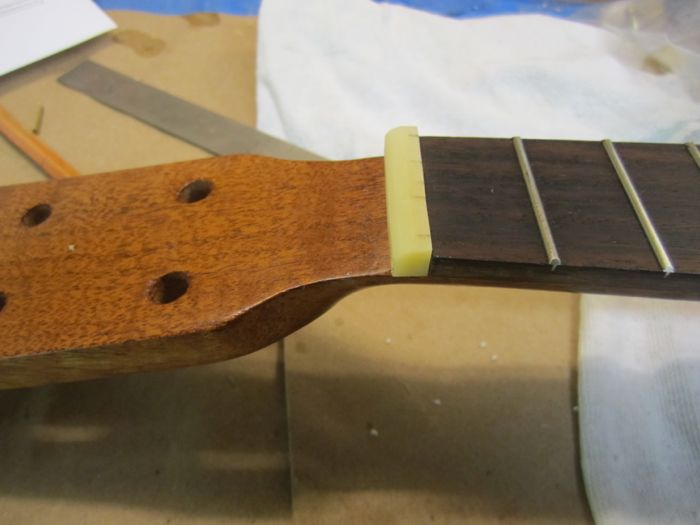 I profiled the back a little with a file – then marked off the string positions. 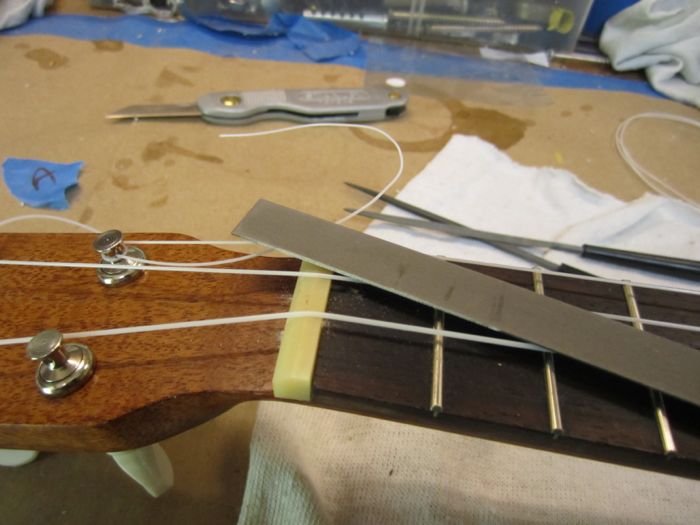 And used a nut slotting file to cut the slots for the strings. I’ve got the action pretty close – but there is some buzz on the C & A strings – so I probably need to ease the back of the nut some more on those – and I might take the action down a bit more. I also profiled the saddle (also bone), and I probably need to round it a bit more – it seems a little flat – and I might be getting some buzz from there. 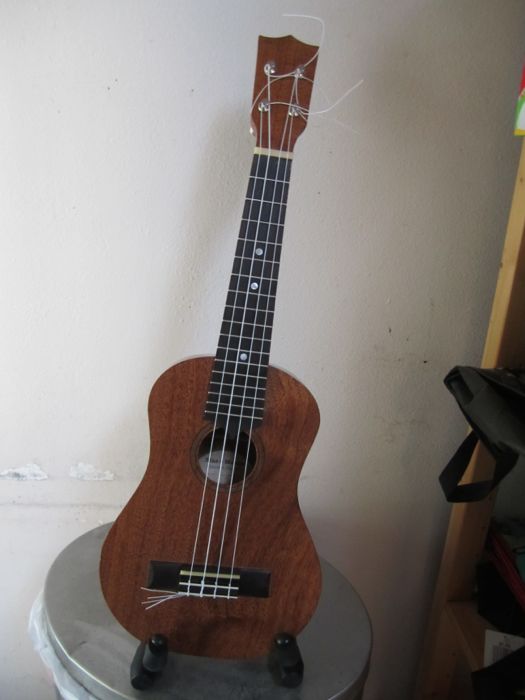