It’s time for our annual reprobate campout, so I made a run out to Zabbicksville, Texas to pick up some sausages for our tire flaps and guts dinner (That’s tortillas and sausages for the non reprobates out there). 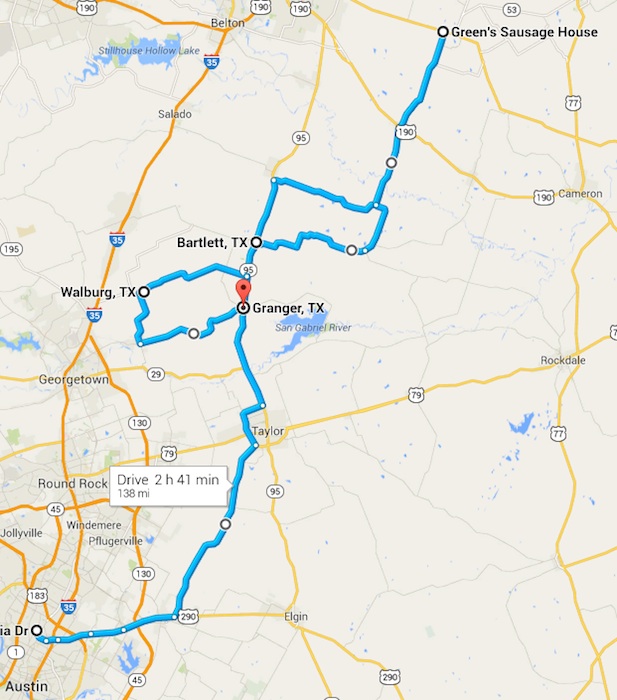 Zabbicksville is about 80 miles northeast of Austin – that area is old cotton farming country. 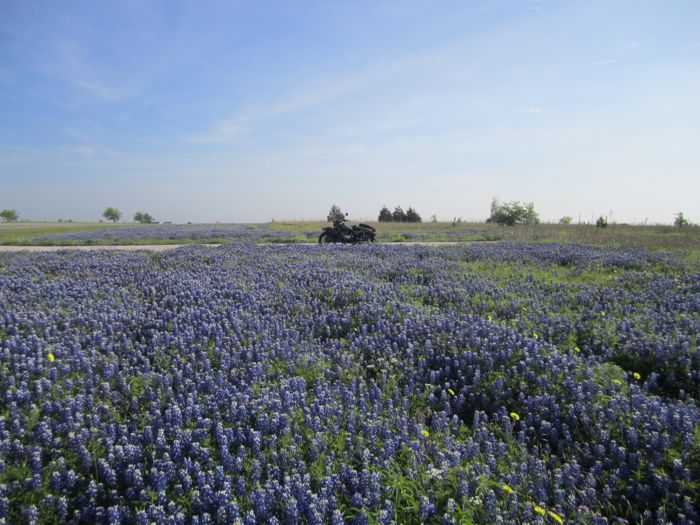 The bluebonnets were in full bloom

Thanks to rains in the fall, the bluebonnets have been better than in years – and they were everywhere. One of the nice things about riding a scooter this time of year – you can smell the bluebonnets as you ride. 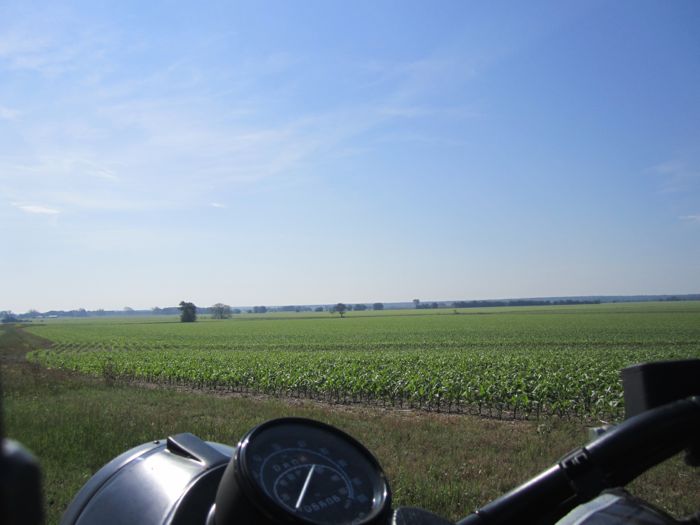 Corn – knee high to a cat

The corn is up – everything was green. 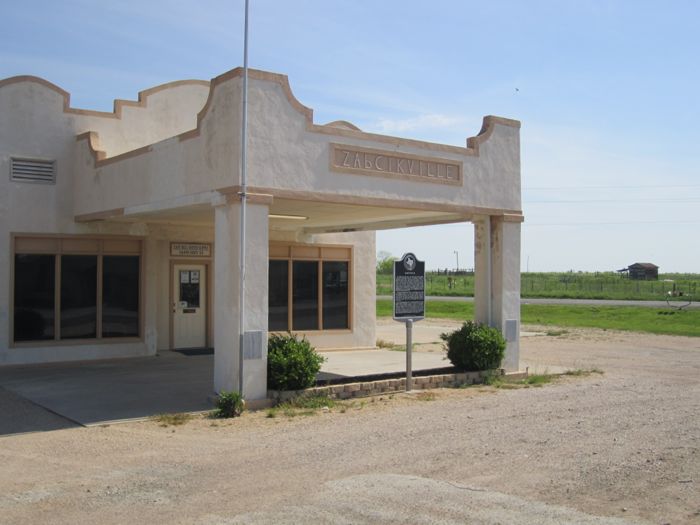 Zabbicksville – half of it anyway

Zabbicksville, this community was  first called Possum Creek, when a guy named Lugo built a store it was called Lugoville, shen it sold the store to a guys named Karek – it was Marekville – and a guy name Zabbick bought the store in 1932 (when the building above was built), and ever since it’s been called Zabbicksville.  This is just half the town – the other – better -half is 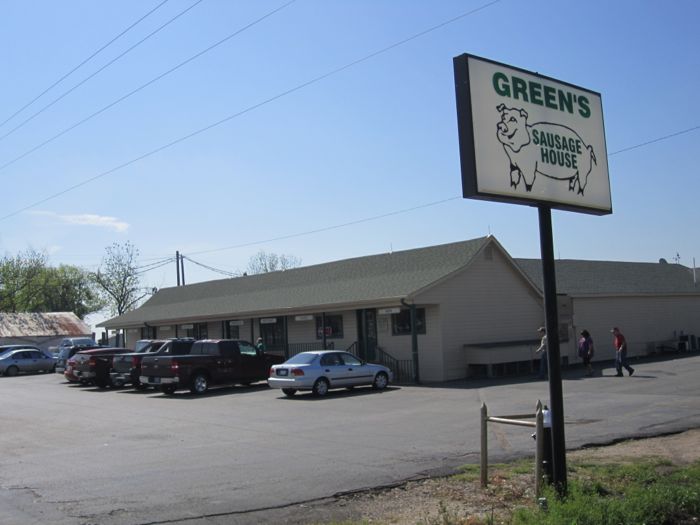 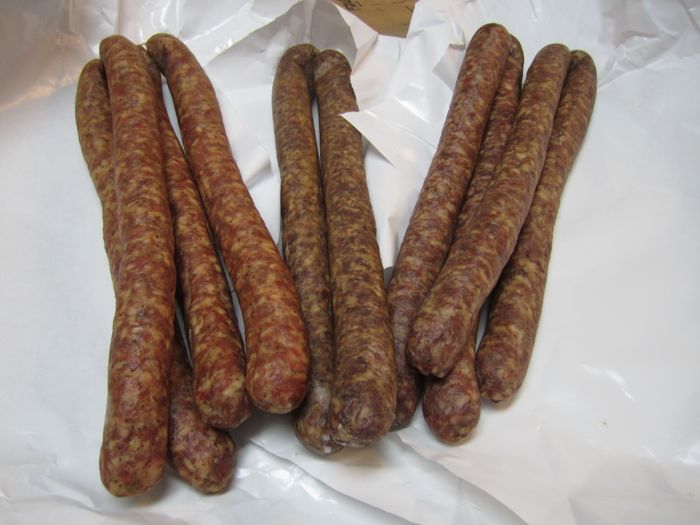 I always drive away wishing I’d bought more.  These are Czech style sausages – I’m getting hungry looking at them.  I was there a little early for lunch – they make a great sausage burger – so I decided to whip down to Barlett and eat at Lois and Jerry’s. 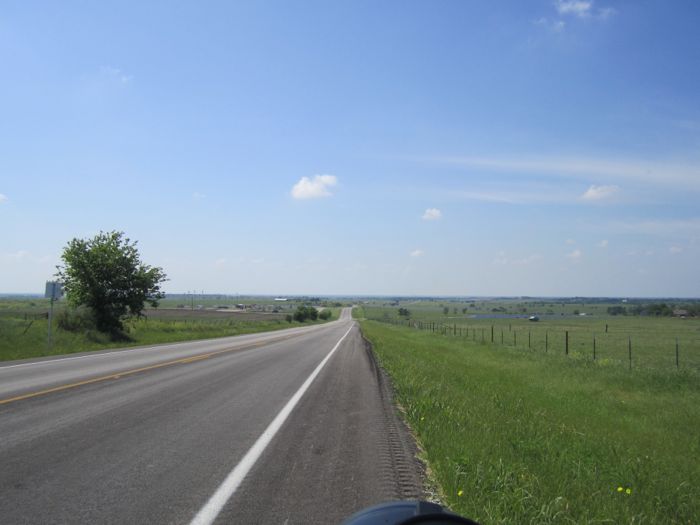 Nice roads out there around Rogers and Holland – rolling hills – no traffic – though I saw a lot of guys on scooters out enjoying the sunshine. 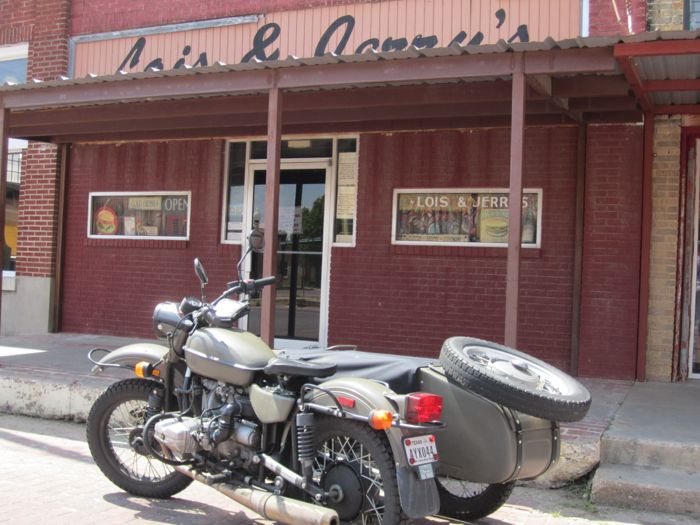 I rolled into Bartlett – and no joy – Lois and Jerry’s is closed on Saturday. 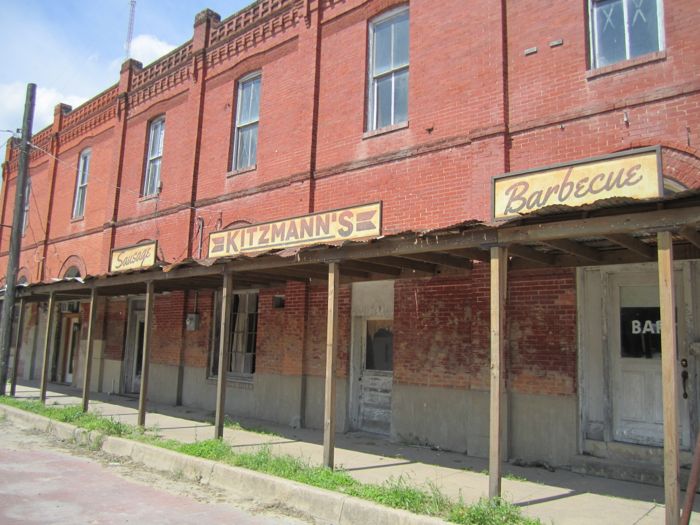 This would have been a likely alternative – in 1963 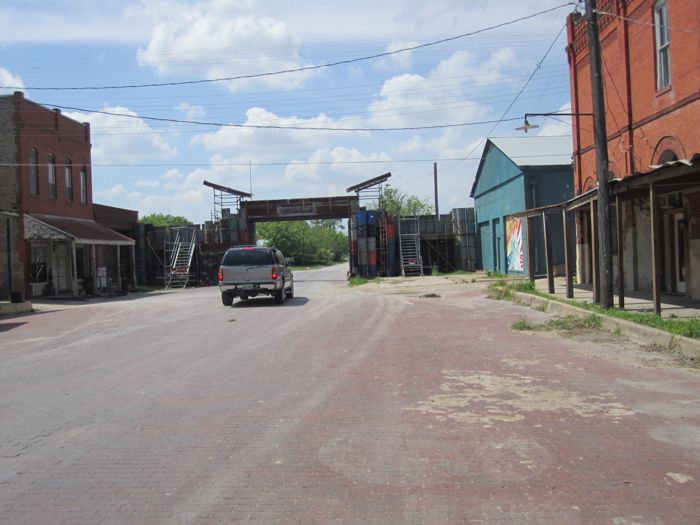 And down this street was this weird construction – they’ve walled everything off but the street – there are guard towers and walkways – on the other side there are oil drums stacked four high. I guess they’re getting ready for the Zombie apocalypse.

Thwarted by Zombies and the calendar – I drove south on 95 thinking about lunch – and saw the sign for FM972 – which means one thing – Walburgers – so I whipped off 95 and rode the 10 miles down to Walburg. 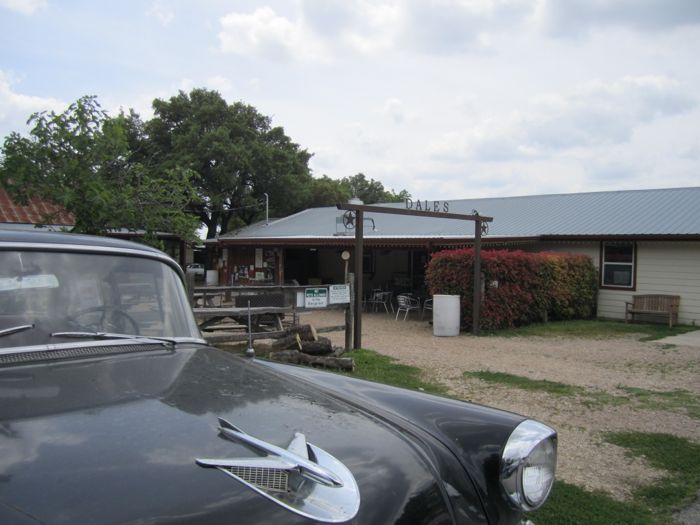 Dale’s Essenhaus is definitely open on Saturday – so I pulled up a table and ordered a Walburger all the way. 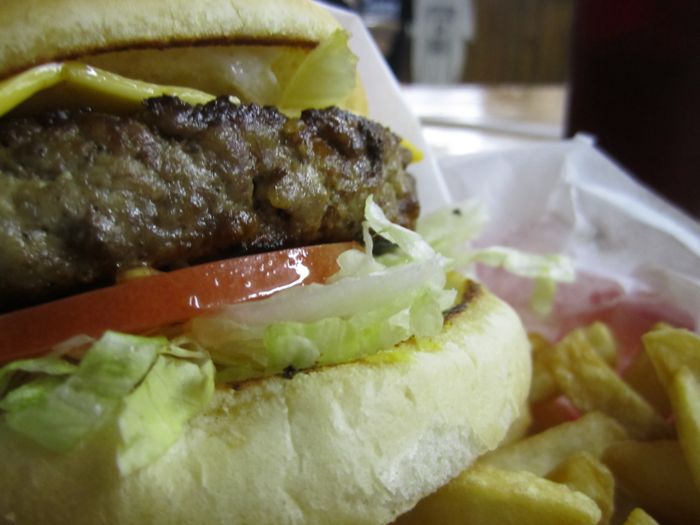 This is a dang good burger – fresh – ground up cow – with some char on the outside – mustard – pickles – lettuce – tomatoes – sliced onion – cheese – nice toasted bun.  This is a sixty mile hamburger.  And they keep your tea filled up – it’s a great place.

From Walbug I took the first county road I came to, and then turned left on each road that came along and ended up in Granger – then pushed the Ural like a bullet down 973 to 290 and back into Austin.