An old friend of mine  – Dr. Steve Black – is engaged in archaeological research in an amazing area of Southwest Texas near Langtry, Texas. I provide some technical support to their endeavors from time to time – and one of my friends from work – Marcus Wilson – and I recently put together a WIFI bridge/router package to try to propagate wifi signals down into the canyon where they are working. The project has a great blog at: http://aswtproject.wordpress.com/.

I had radios, battery packs, tripods,  a bunch of stuff – so of course I decided to take the Ural.

Austin to Langtry – 600 miles round trip

The route to Langtry takes you from the Texas Hill Country, to the Edwards Plateau, down to the Chihuahuan Desert along the Rio Grande. It’s a nice transect through Texas – and especially nice because for three-quarters of the ride it’s surprising to see more than an handful of cars. 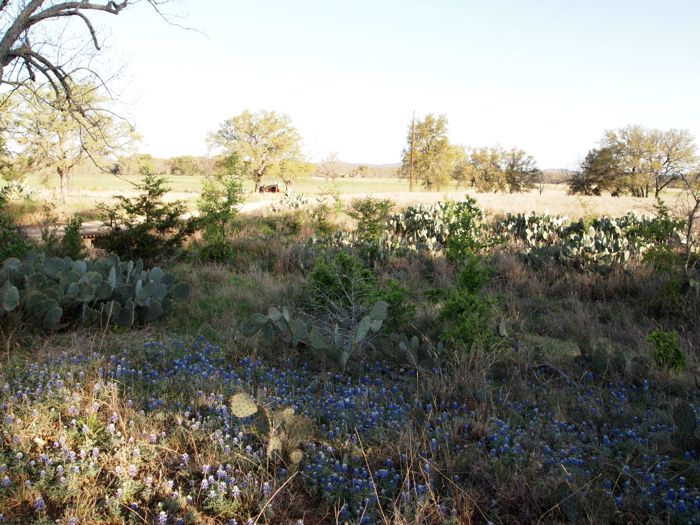 We actually had some rain last fall – so there’s bluebonnets starting to pop out just about everywhere. 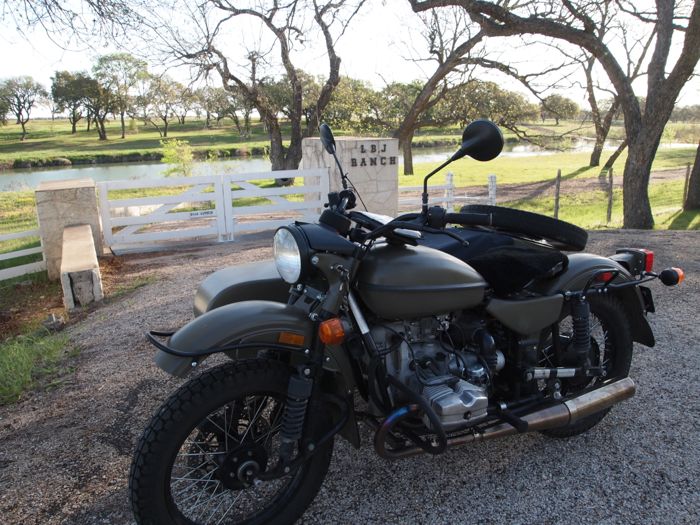 I swung off Hwy 290 to ride down Ranch Road 1 – which is a nice little twelve mile swing along the banks of the Pedernales through LBJ State and National Historic site. Here’s the entrance to LBJ’s western white house. 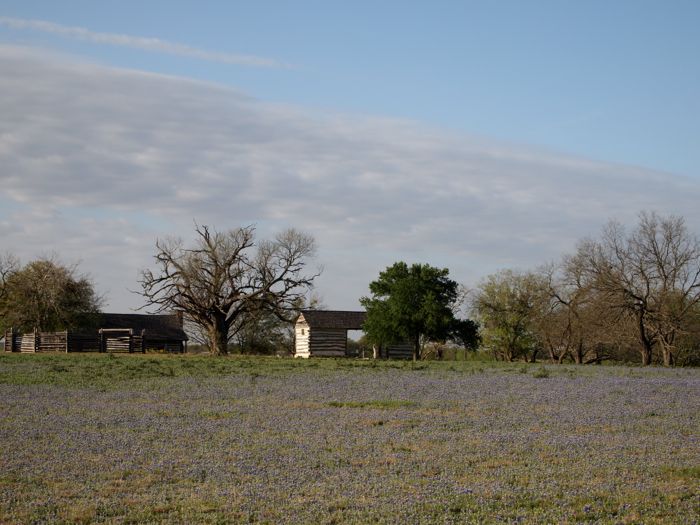 They’ve got a swimming pool, museum, tours, and a neat living history farm – along with a small herd of Buffalo. Best of all – great roadside restrooms which are getting harder to find anymore. 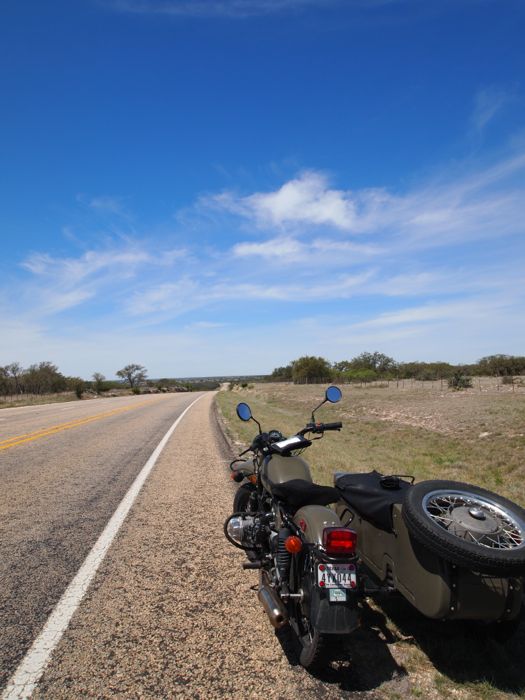 About fifty miles west of Fredericksburg you climb onto the Edwards Plateau – more open – rolling wide open country. Its one of my favorite places to ride. 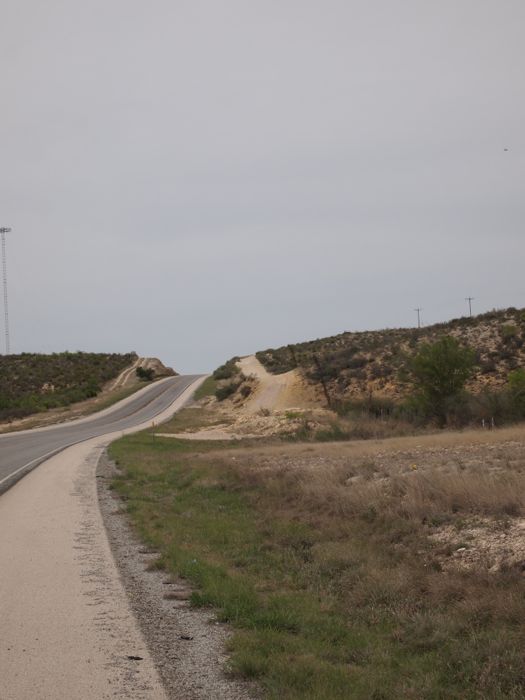 US Hwy 90 Along the Rio Grande

About sixty miles from Rocksprings you ride down into the valley of the Rio Grande and the edge of the Chihauhaun Desert.  US Highway 90 parallels the Rio Grande (and Amistad Reservior), and the Border Patrol is out in force. The dirt road you see to the right of the highway is used by the Border Patrol to look for footprints. It runs for miles and miles. 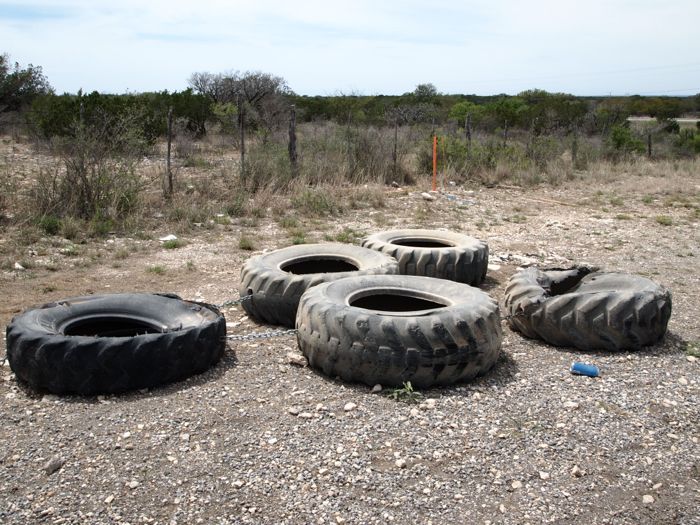 And they use this to sweep the road every couple of days to they can see fresh prints. They just drag it behind a truck – and it makes hellacious dust. 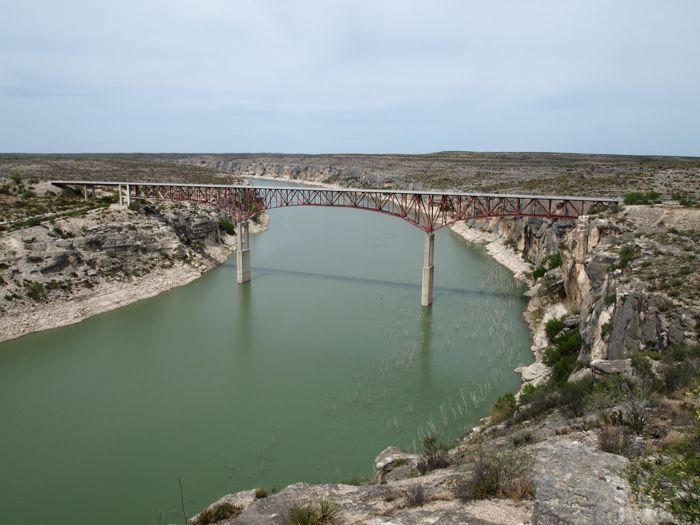 This is the High Bridge over the Pecos. This area of Texas is often called the Canyon Lands for good reason – every drainage is deeply incised making for a rugged landscape. 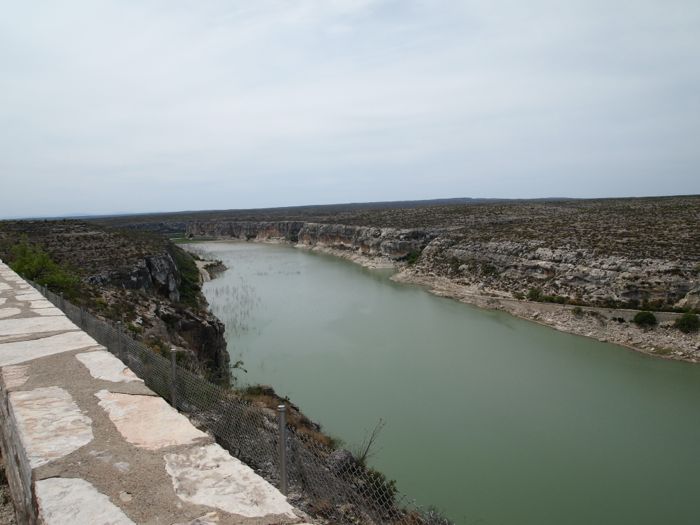 The Low Bridge on the Pecos

And before the High Bridge, there was the Low Bridge. You can see the road coming down the side of the far canyon wall, and the near side of the access road on the left near the top of the picture. You didn’t cross this bridge doing 70. 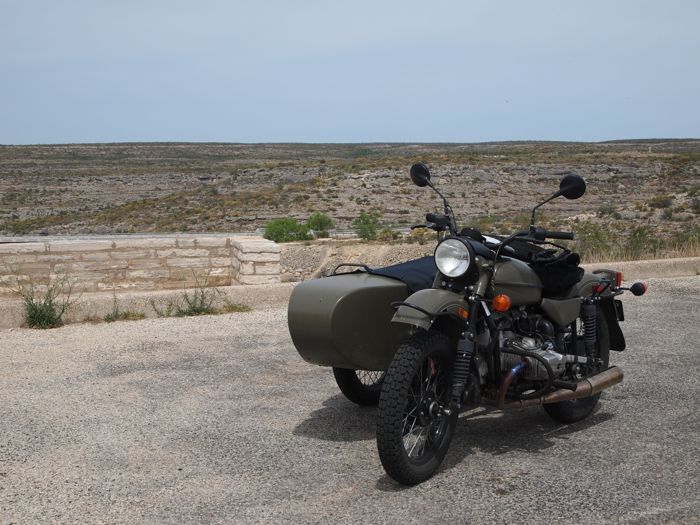 The Chihuahan Desert of Texas is rugged, with thin soils. You can see for friggin ever. It’s gorgeous. 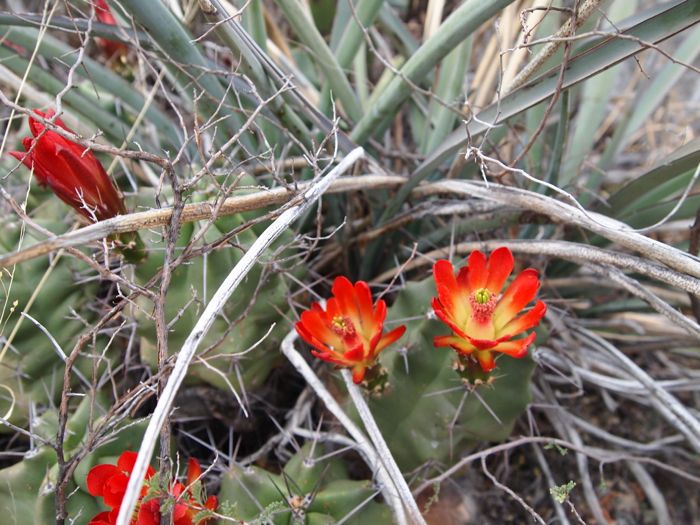 And I was there at the right time to catch these cactus flowers – they don’t last long. 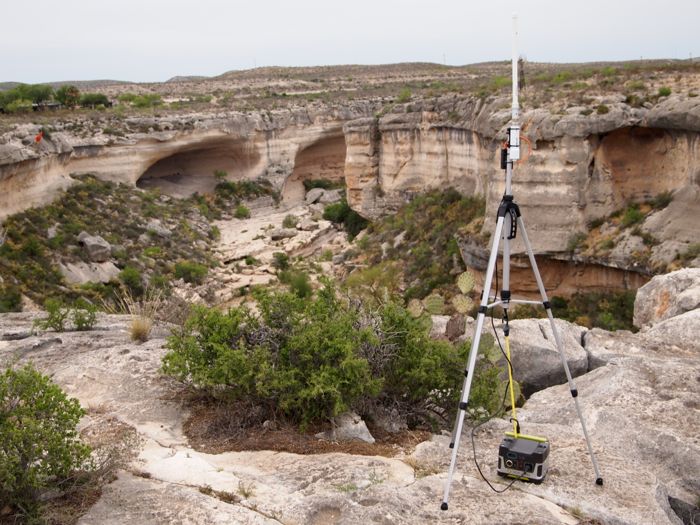 But the reason for the trip was to set up a field network. This is a radio which is serving as as repeater to propagate wifi down into the canyon. That big rock shelter to the upper left is one of the excavation areas we want to cover.  The radio runs on the battery down below – this device ran 28 hours during testing – so it should handle the day-to-day load.  Before the end of the first day, though, 30+ mile an hour winds had pushed it over – so we drilled eyebolts into the rock to anchor it. We’ll see how it fairs. 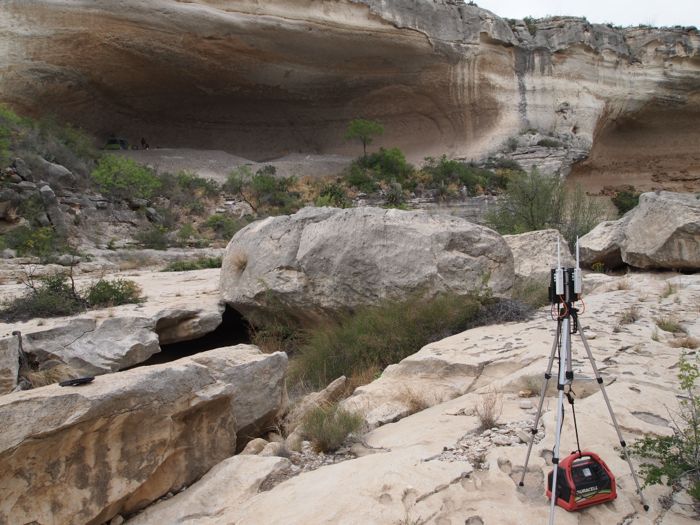 Looking up into the excavation area. This device is the end point of the Wifi Bridge – with an additional radio serving as a router – so it’s handing out IP addresses. We found that we got pretty good coverage with just the bridge – so we may not need this device except when they are working in out of the way nooks and crannys.  We’ll see how they hold up in the field – but it looks promising. 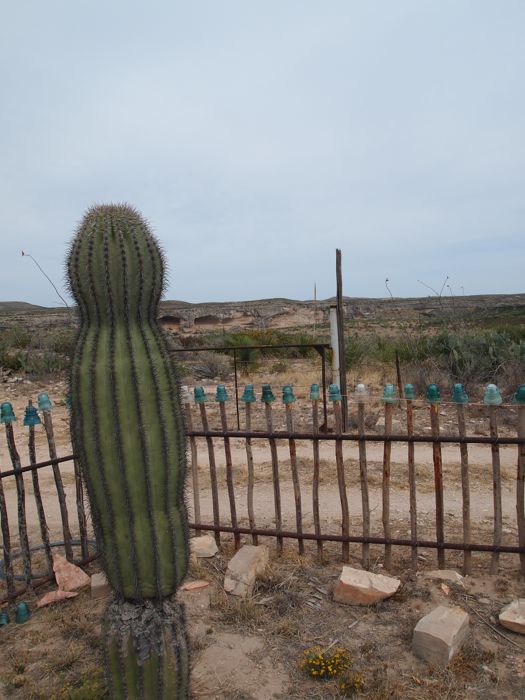 I had  those thirty mile an hour winds off my right front quarter for the first eighty miles of the ride back – which wore me out – so I spent the night in Junction, TX. The next day the wind had dropped – and there was a nice cold rain – so no pictures from my long cold slog home.

But we have three bars in the canyon!