David, Mark and I headed out to Cameron, Texas last Saturday for burgers at Tex Miller, and then some pie at the Downtown Cafe in Thorndale. 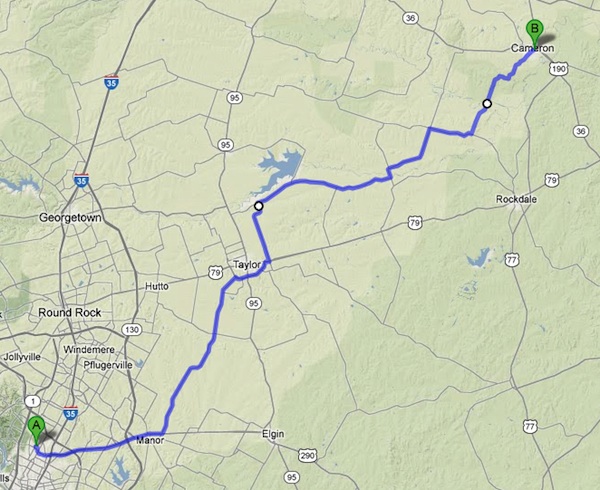 It was about 160 miles round trip. The ride out we did a series of Farm to Market roads – nice high-speed two lane roads – so we made pretty good time. 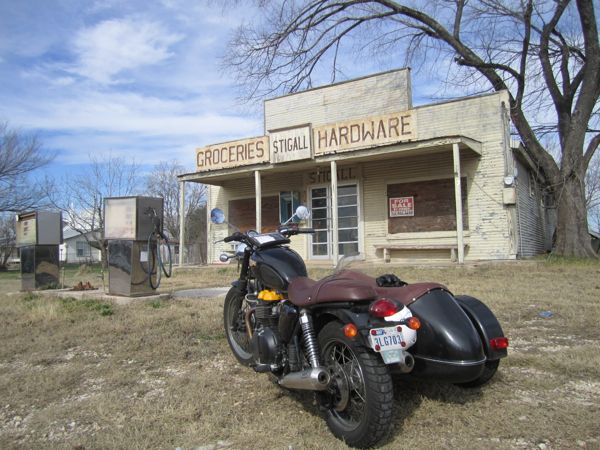 We stopped for a break in San Gabriel, just across the San Gabriel river. This was a pretty good sized community at one time – there is an old school. There were some Spanish missions in this area in the 1700’s – and the community had two schools early in the 20th century – but all there is now is this closed store and the abandoned school building. 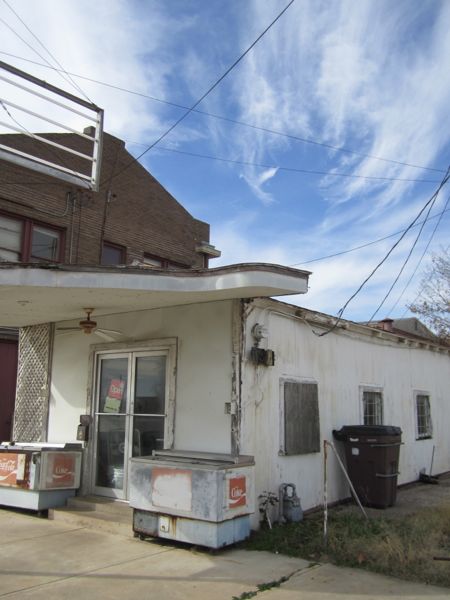 Just a block from the courthouse, no sign, no number, – you better know where you’re going – this is Tex Miller’s. 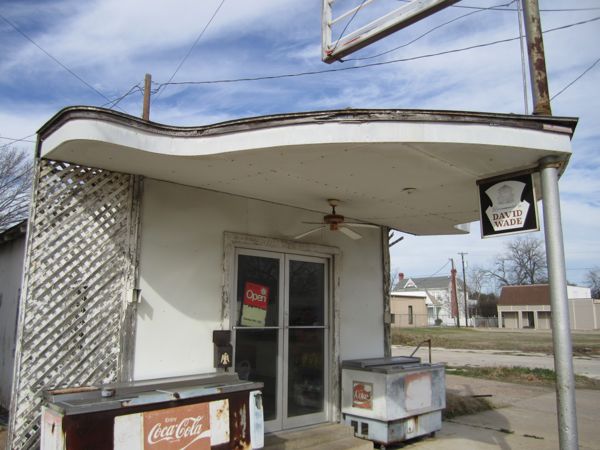 Tex Miller’s opened in 1932. Tex retired from the business in 1989, and he died in the early nineties. It’s never closed, though, despite appearances. 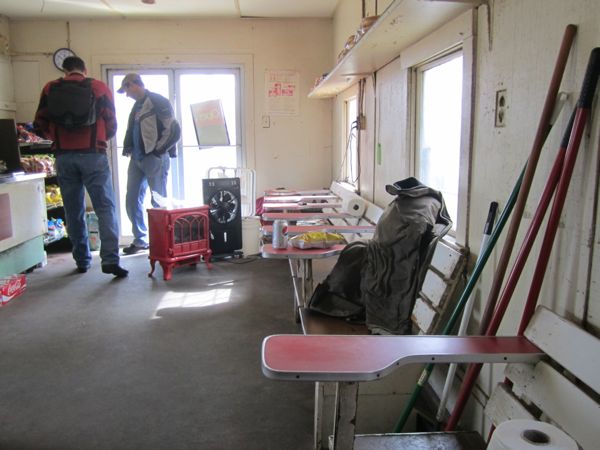 Tex Miller’s is a shotgun building – you sit along the bench on the right – note the rolls of paper towels every few seats. 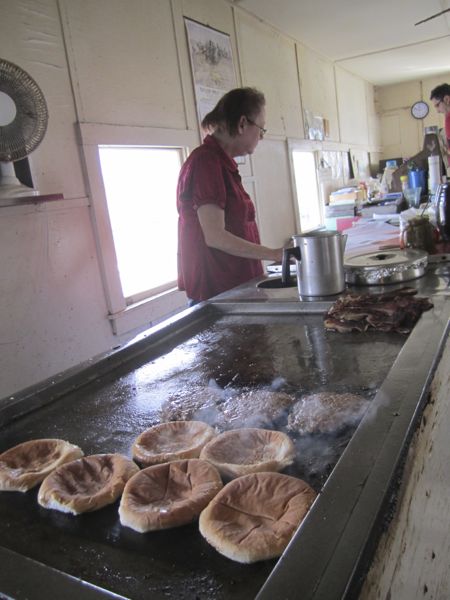 The kitchen is across from the bench – so when you walk in – man – the smell of grilled cow is luscious and thick.  Everything is right there – you don’t have to wonder how your burger’s being made. Check out the pile of crispy bacon on the corner of the grill. 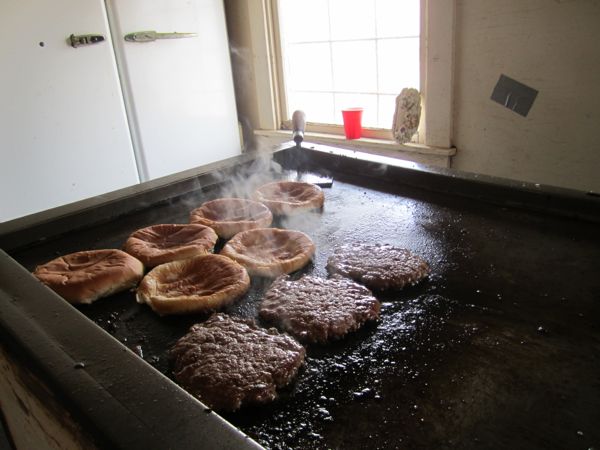 The gal running the place told us that the guy who had built this grill had bee in the week before – and talked about putting it it. It’s the “new” grill – it was installed in 1956. I like the spatula – which is a cut down broad trowel. 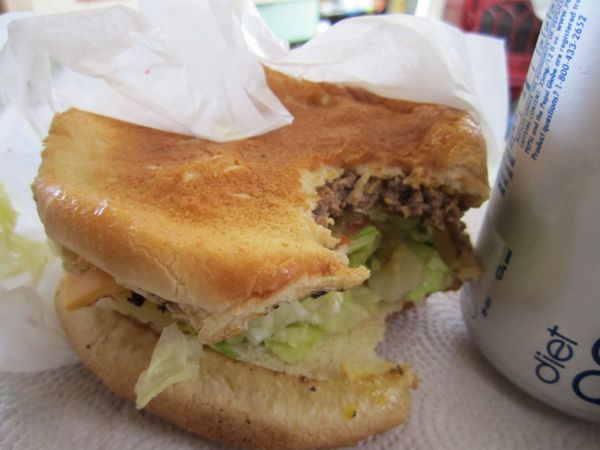 This is a hundred mile burger. It’s smashed on the grill, the bun gets the top and bottom grease, everything is right there in front of you. Fresh beef, well seasoned. The only thing I would do different is get a double – with bacon. 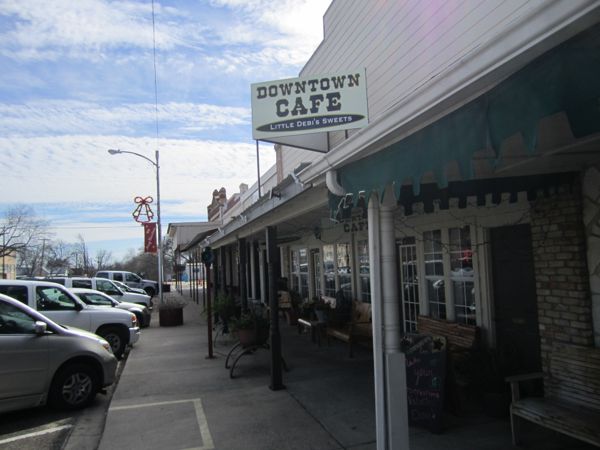 But we weren’t quite done. We shot down Hwy190, and HWY79 to Thorndale to the Downtown Cafe. 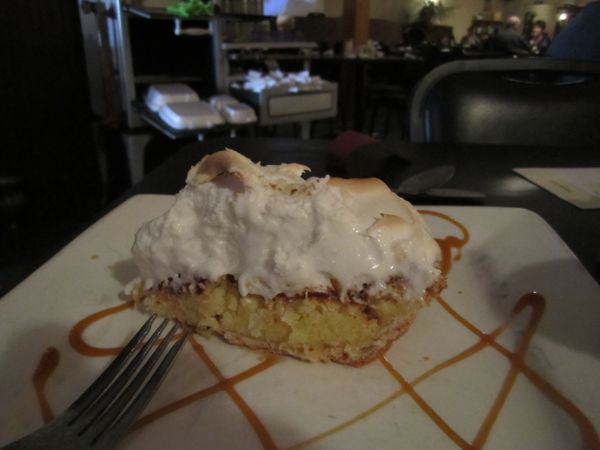 Because you’re not done until you’ve had pie. This was David’s Coconut Pie – I had Buttermilk Chess – excellent pie. Excellent burger. Excellent day.

One Response to Tex Miller Burgers