So, my bride, Karen, has been after me to take her on a BBQ run, and with her birthday coming up I thought it would be a good time to run out west and try some BBQ in Sisterdale. 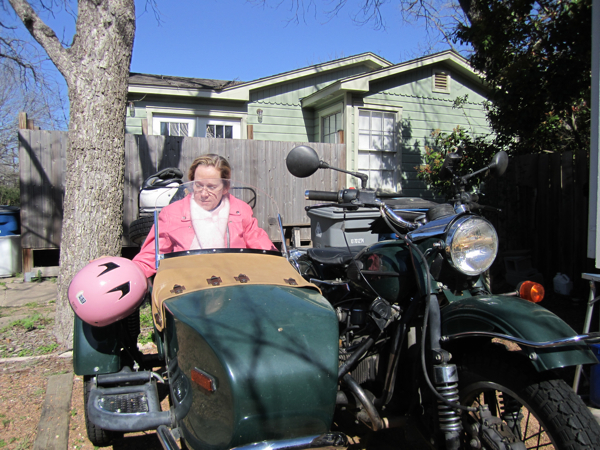 Karen gets settled for a nice ride out for BBQ

We loaded up and headed west.

We ran out 290 to Dripping Springs, and then along Creek Road/CR190 which is a nice road along Onion Creek. At FM 165 I decided to take her down McCaul Road which is a really nice gravel county road with some great scenery. 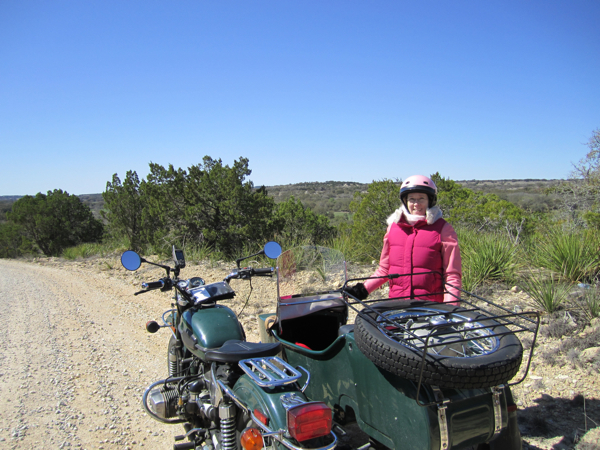 It was a gorgeous day, a little wind, but in the 60’s and hardly a cloud in the sky. 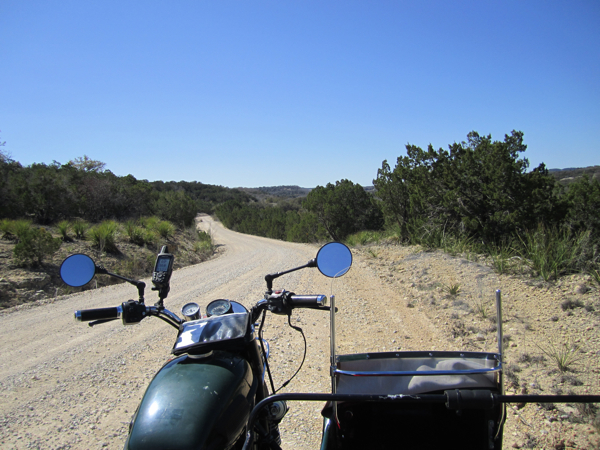 We stopped for pictures here along this ridge, this is a well graded road, no washboard at all.  We fired up the scooter, and zoomed up to the top of the next hill . . . 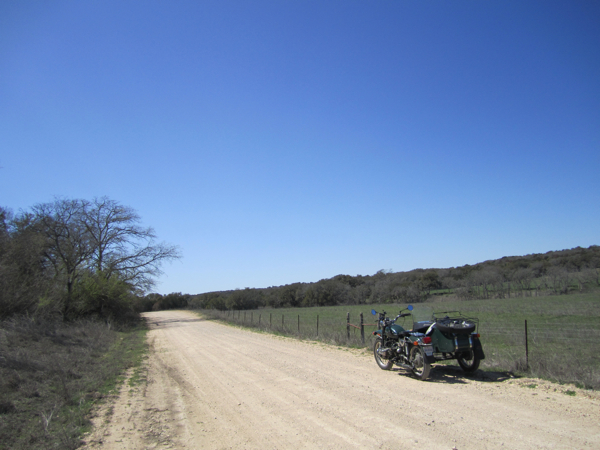 Dead in the water

And rolled down the other side, dead as a doornail.  Hall sensor (or maybe the whole ignition) fried – no spark – nada – nothing. 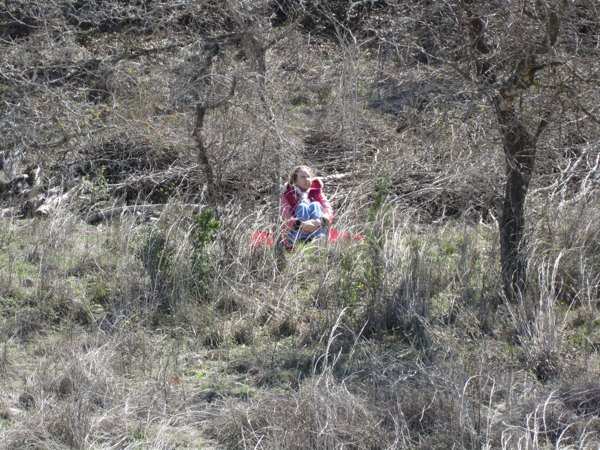 While Karen made the best of it off the side of the road I talked to the folks at AAA who failed their map reading class. 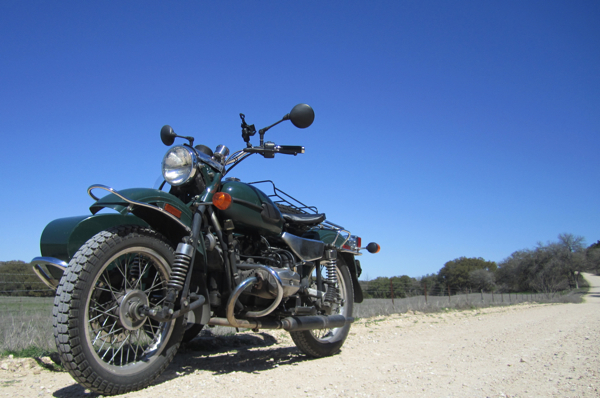 At least it was nice and quiet where we were stuck. Three cars came by in the four hours or so we were sitting there. 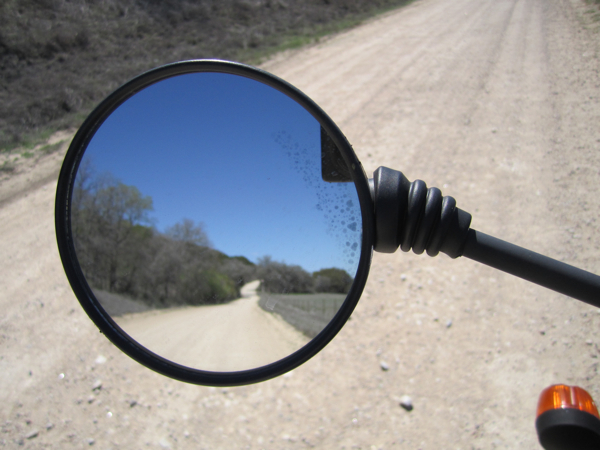 Watching for the tow

So I mostly just sat on the bike watching for the tow truck show up. 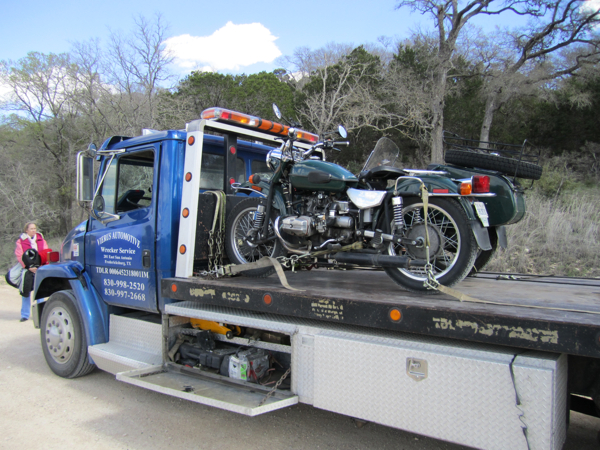 The Ride of Shame

Which it did. AAA finally found a nice guy in Fredericksburg (50 miles away) who could read a map. So we loaded up and hauled back to Austin where I’m waiting on parts.

And I still owe my bride some BBQ.

This entry was posted in Just Ride, Russian Bikes. Bookmark the permalink.