I’ve been wanting to ride Park Road 1-C between Bastrop and Buescher State Parks for a long time – so I headed out Saturday morning and did just that.

So, I planned a nice ride – with a little Old TX 20, some county roads, and then a swing into McMahan to try R&G BBQ. 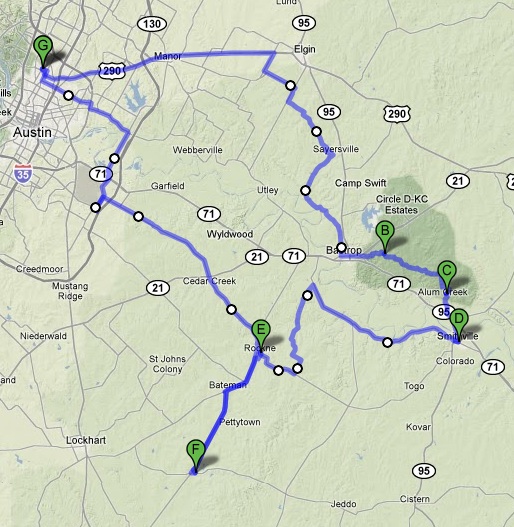 Off Old TX20 I planned to run down Monkey Road, and out to 95 which would take me quickly into Bastrop and the Park.  But I missed Monkey Road somewhere, and ended up on a loop of Old Sawyer Road that was about 20km of dirt and gravel. 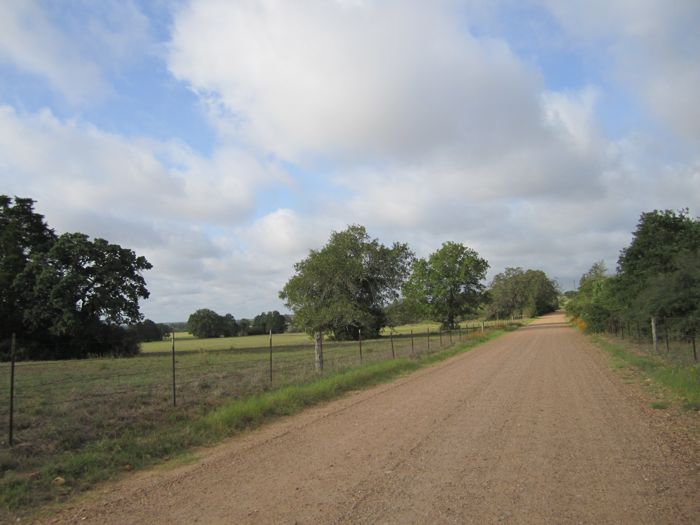 It’d been drier (and hotter) than hell here – but it looked like they’d gotten some afternoon t-storms in this area – some green grass – and even a few daisies poking up. 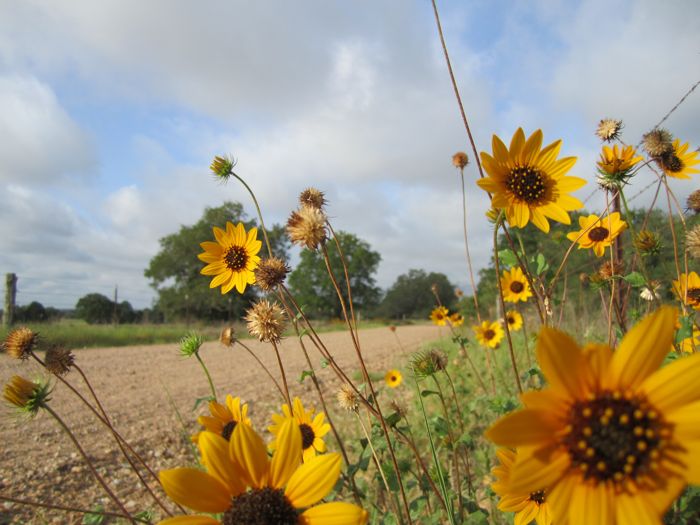 WIldflowers in July In texas are a treat

Old Sawyer Road ended up right on Main Street at the Bastrop City limits – so I rode down through town and out to the park. Park Road 1-C runs about 12 miles between the two State Parks – through the Lost Pines. 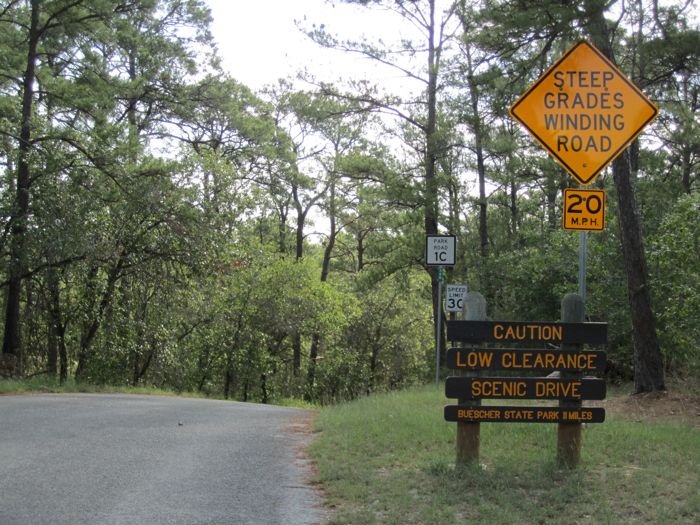 All the signs look good for Park Road 1-C

The Lost Pines are a remnant population of Loblolly pines that have survived in the area around Bastrop since the last ice age. The closest pine forests are now more than 100 miles to the east. 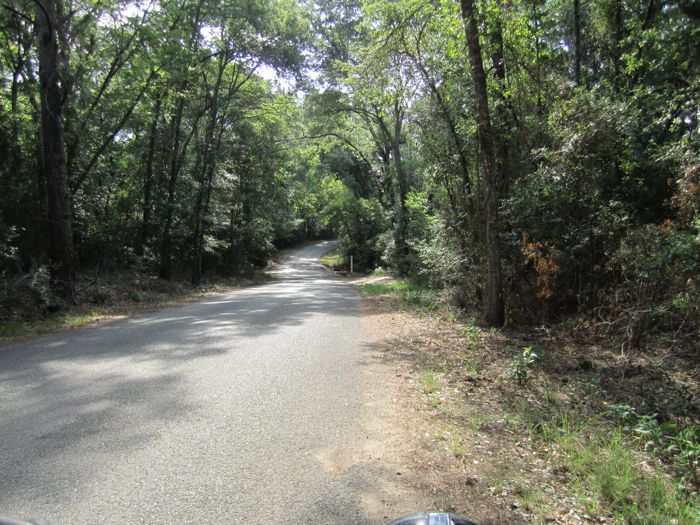 Park Road 1-C is a great ride – lots of roller coaster, a narrow quiet road, just a tunnel through the trees really. Most excellent on a quiet Saturday morning.

From Buescher I cut down to Smithville, and then back across 2571/304 and cut south on Lower Red Rock Road – to head to Rockne. 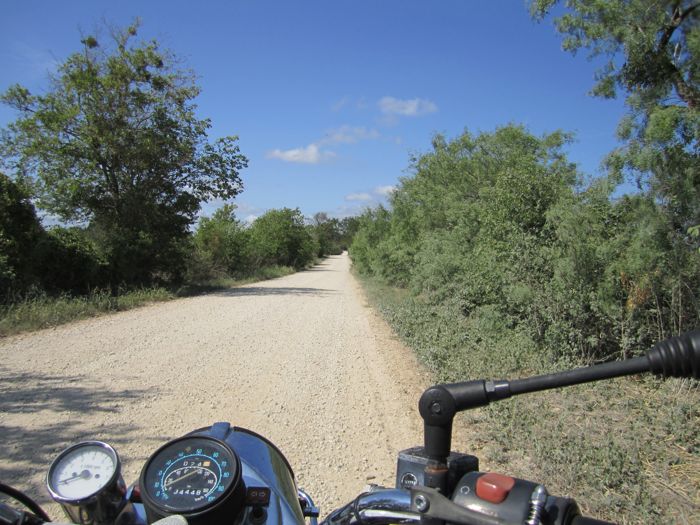 But, in keeping with the theme for the day – I made a wrong turn somewhere – and ended up on a gravel road headed mostly east.  It was a great road – so what the heck. I ended up near Warrenton – but it was just a short hike back into Rockne. 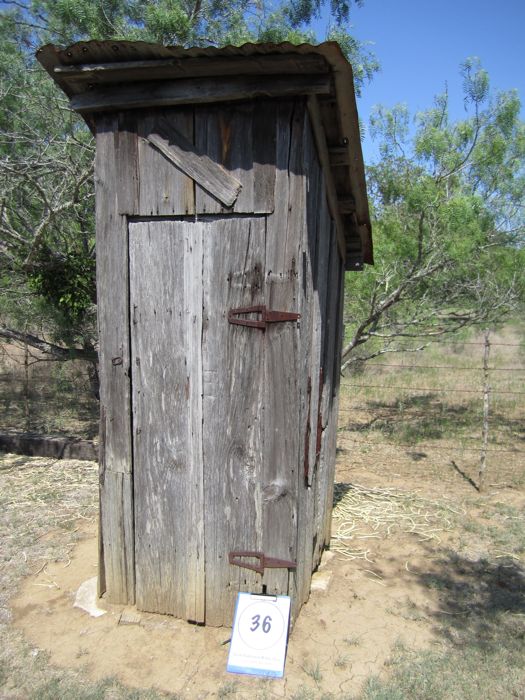 Rockne is a quiet little place. It was called Lehmanville until the 1932 when the town voted to renamed itself Rockne – after Notre Dame football coach Knute Rockne. So celebrity idiocy is nothing new. There’s a nice little museum and a park with historic structures. 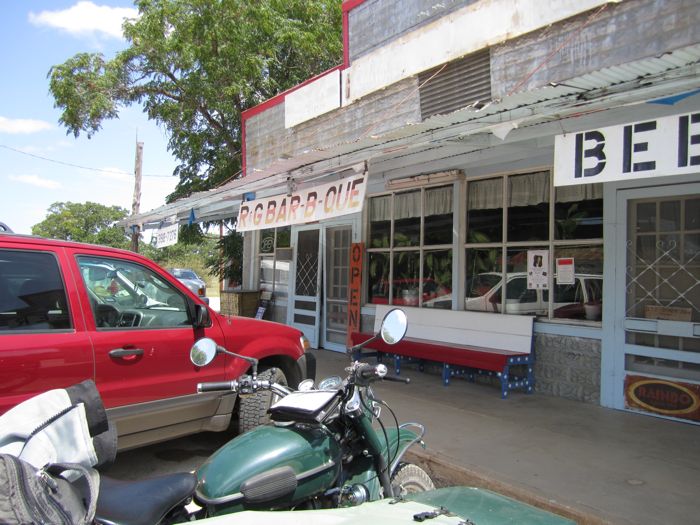 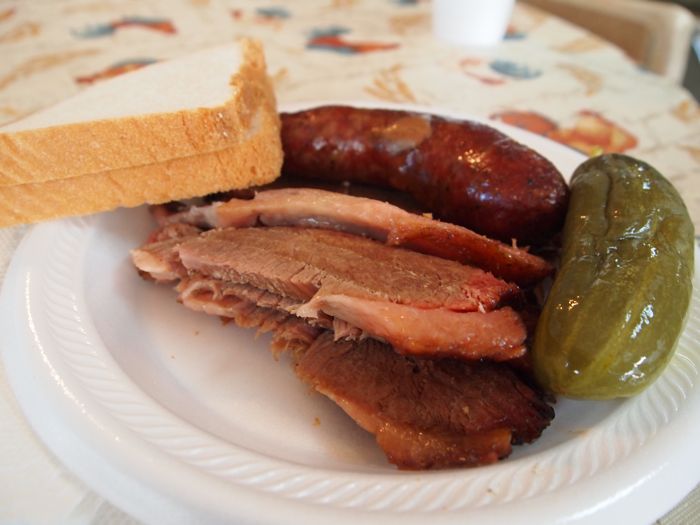 And they delivered. I had moist brisket, sausage and a crispy pickle. This brisket is right up there with the best around. Moist, excellent smoke flavor, well seasoned – but not overblown. It was amazing. They don’t grind their own sausage   – and I couldn’t cage out of them where it was from – but it reminded me of Gonzales Grocery sausage – all beef – excellent – well cooked – natural casing. I’m not a BBQ sauce guy – but I had some at the end on the last bit of brisket – and it’s great – it’s kind of reminiscent of Luling yellow sauce but with a little tomato in it – really good. Well worth the stop – R&G is going into the rotation. 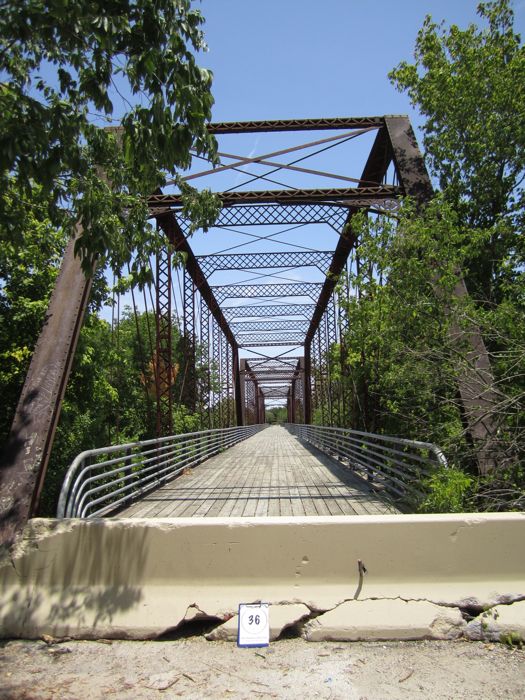 Full of tasty brisket and sausage I headed back towards the house. With a stop at Moore’s Crossing Bridge. This bridge crosses Onion Creek just south of Austin’s Airport. In 1884 this was the Congress Avenue Bridge in downtown Austin. A flood in 1915 destroyed one of the three spans – and the surviving two spans of the bridge were taken down, moved out to Onion Creek – and erected there in 1922. It was in service until 1997. 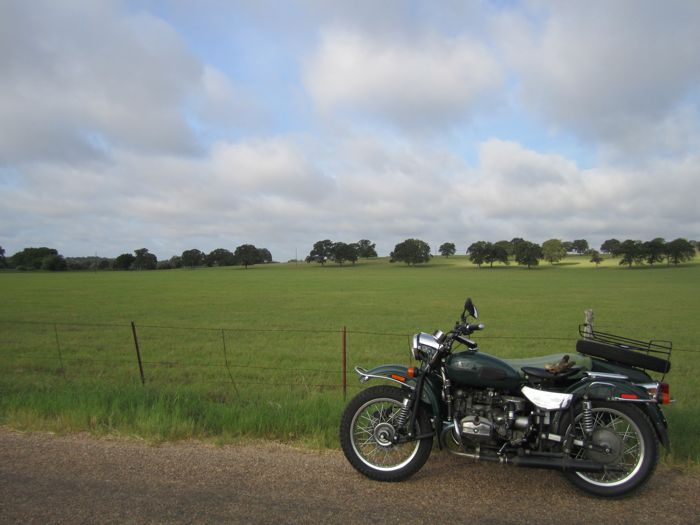 This entry was posted in BBQ, Just Ride. Bookmark the permalink.