My right compliance fitting had gotten pretty floppy – which I blame on the evil ethanol in the gas – so I changed out my compliance fittings this morning.  You gotta do a test ride – so I did a quick run out to Schwertner to try the burgers at the Crossroad’s Cafe. 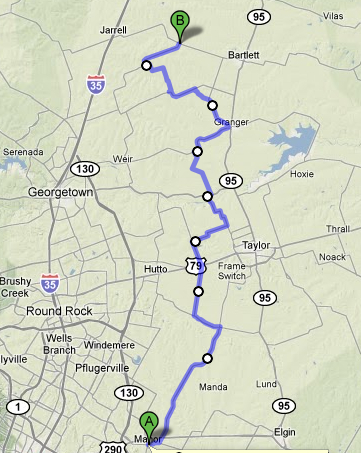 I didn’t have a real route planned – just up FM973 and then county roads into Schwertner – about 50 miles from Manor, maybe 65 from my house one way. 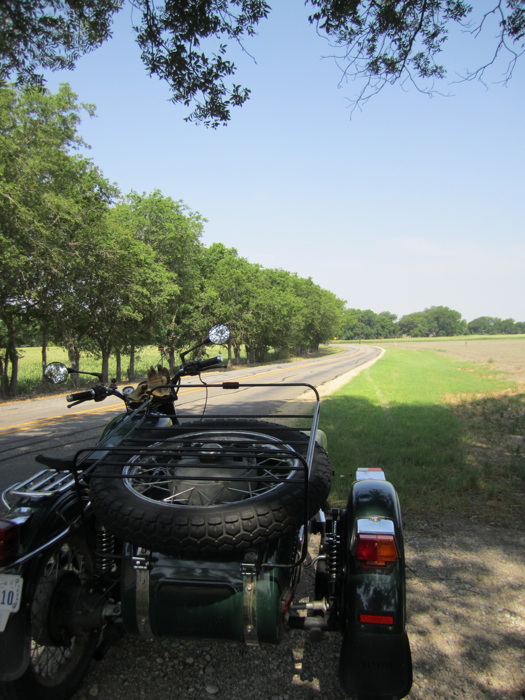 FM1660 outside of Rice's Crossing

It was high 90’s, and the wind was blowing 20-25 from the south most of the way – which wore me out – so a patch of shade on the side of the road was worth a stop for a drink of agua. 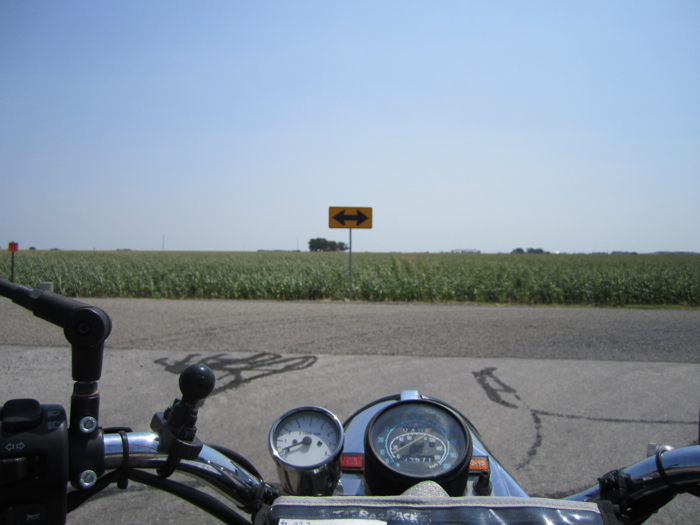 I was never lost – I know I was in Texas the whole time – but I did see a lot of roads that I’ve never seen before. 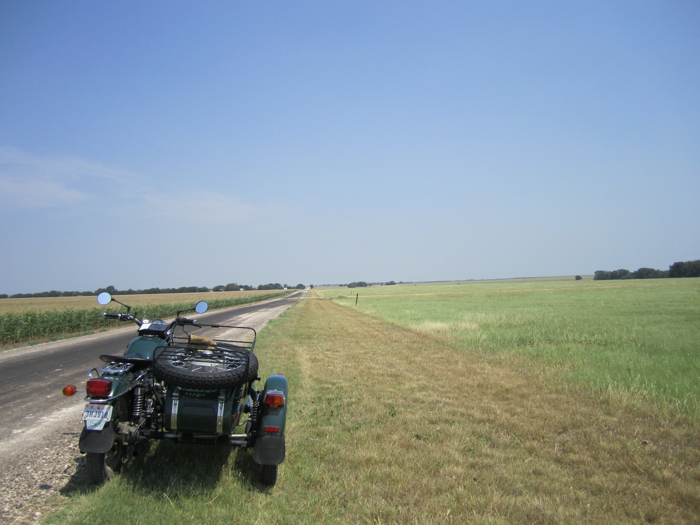 Headed north, on some county road.

The corn is only about 3 feet high out here – but already tassled up – going to be a bad year for these farmers with this drought. We did get some rain this past week – so the grass is almost green for a change. 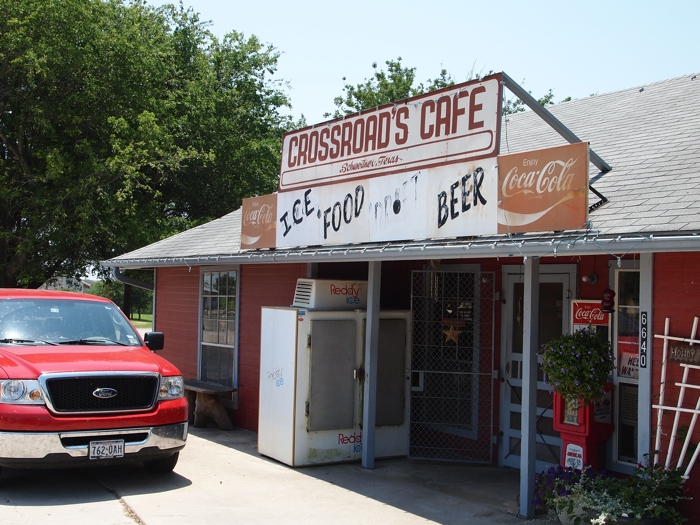 The Crossroad’s Cafe is at the corner of FM487 and FM1105 – and is almost all of Schwertner.  Nice little country place – when I came in a bunch of local guys were eating lunch and competing for who had destroyed the most expensive  piece of farm equipment – the winner was the guy who forgot to chain down a combine and when it rolled off the trailer on the highway a gravel truck smacked into it.The lady’s running the place were great. 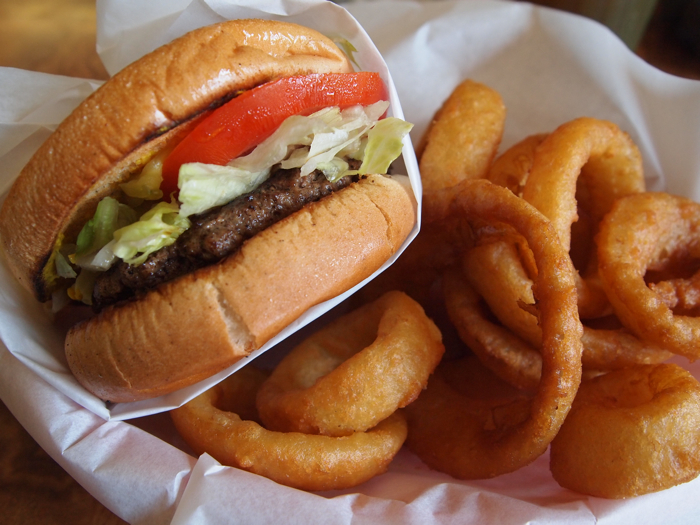 The burger was pretty good. Hand formed patty, probably 1/3 pound, well cooked, well seasoned. This is a classic Texas mustard burger. 5 inch bun – well sized for the burger – well cooked – nice char on the meat. My knock on the burger was the lettuce and onions were chopped – so they lose all their texture. This would be a great burger with a piece of lettuce and a couple of slices of onion – so you’d get that nice crunch. As it is I’d say this is a 25 mile burger.