Ride to Eat Your Oatmeal

It been raining here for seems like weeks – and we got a break today – the rain was just 20% wet – so I took a little loop up to the north of Austin to visit Oatmeal, the Bridge in Joppa, and to eat a burger at the Andice General Store. 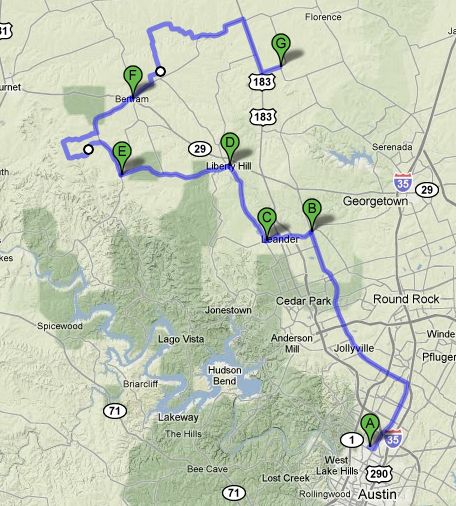 Once we got north of Austin, we cut across to Liberty Hill, then FM and county roads to Oatmeal. The whole loop was about 150km, with some really nice county roads out around Oatmeal and Joppa. 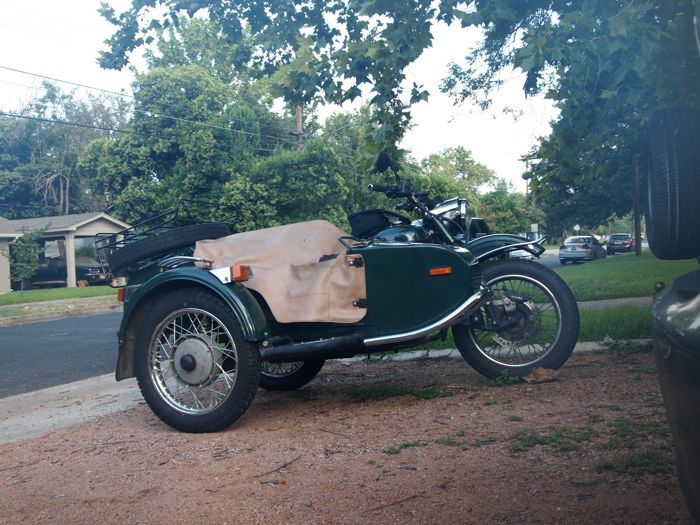 It was so humid outside that the lens to my camera fogged up when I pulled it out to take the traditional “before” shot. 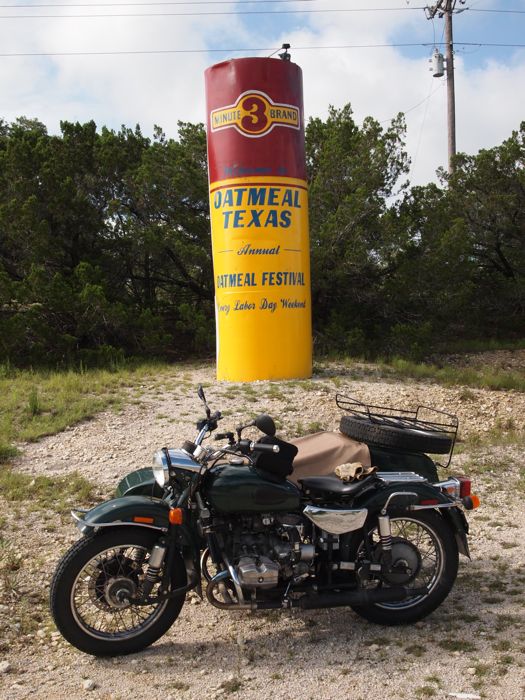 Oatmeal! This is pretty much the whole place. Just a few houses back off the road and a community center where they have their annual Oatmeal festival. The town name has nothing to do with Oatmeal – there’s two stories – take your pick. The first family in the area were the Habermills in 1849 – and Haber is a German dialect variation of Haffer – oats – OatMill. The other story is that it comes from the owner of the first gristmill in the area, a Mr. Othneil. Either way, Oatmeal is the second oldest town in Burnet county – and they have the best huge Oatmeal box I’ve ever seen. 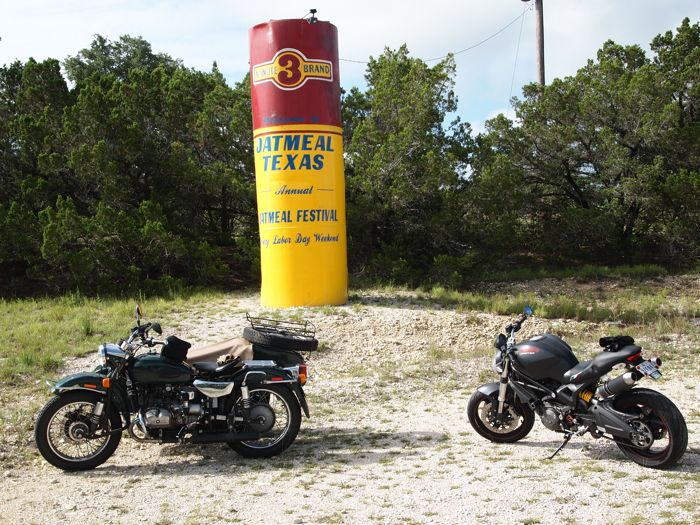 And another shot of the box just cause. 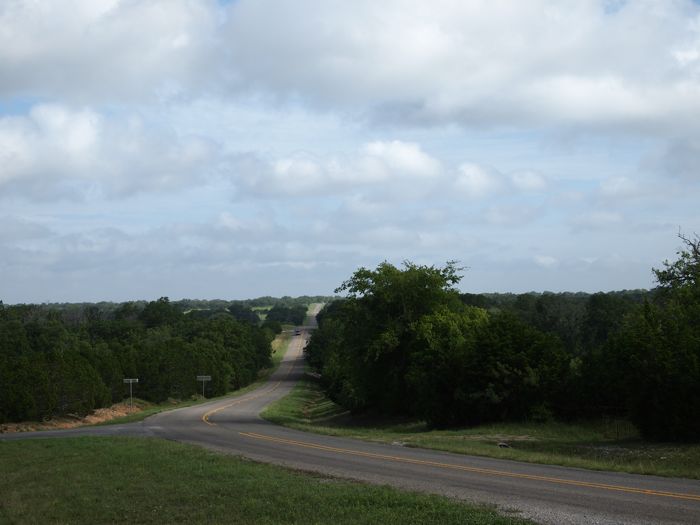 RM 243 running north out of Oatmeal towards Bertram. Nice rolling hills up here. 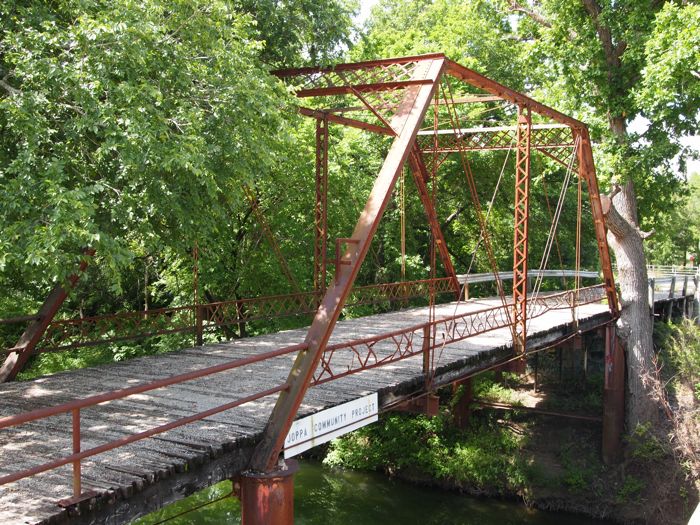 And then up NE out of Bertram, down County Road 272 are the two Joppa Bridges. These bridges were kit bridges, and hauled out here by wagon from Bertram in the late 1880s. They go together like an erector set. The county put up new bridges next to the old ones – so you can still get out on the old ones, which is cool. 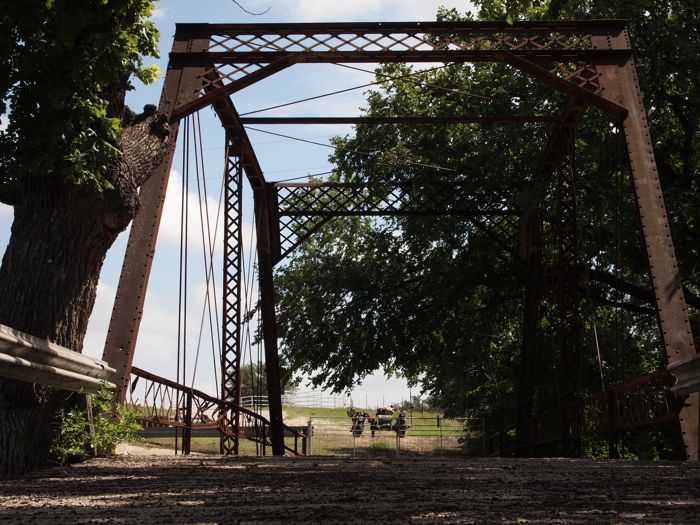 This bridge is supposed to be haunted. If you go out at night you’re supposed to hear running and someone breathing hard under the bridge. All I heard were my valves ticking – so who knows. 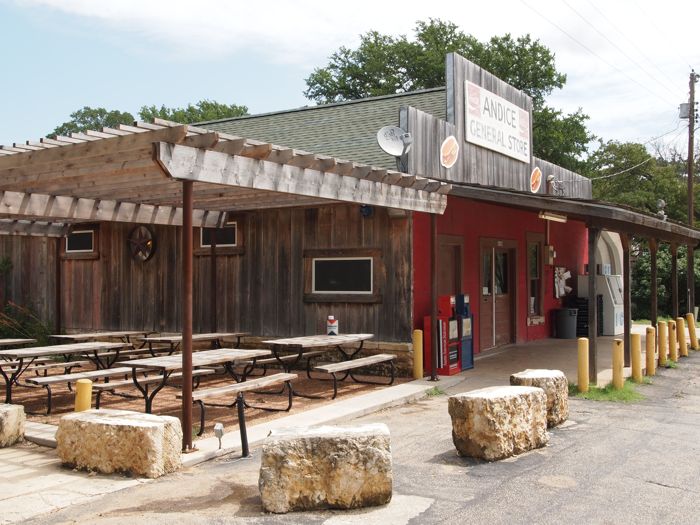 The Andice General Store. Not much else in Andice – so it’s hard to miss. Really excellent burger here  – tasted like COW!! Friendly folks – lots of UDF as three or four groups of folks out riding stopped in to grab a burger.

After eating and yakking with folks for a hour so so we just jetted back down HWY183 to home.