So, my buddy David and I headed out into the Texas heat today to take a ride down old Texas 20 and over to Murphy’s Steakhouse in Winchester for some Chicken Fried Steak.

This was an interesting route. Old Texas 20 was a route from Hempstead, TX all the way to Alpine, TX in the 1920’s. Parts of it were paved, parts were dirt, and by the mid ’30’s it was being replaced by the new Highway 290  – which eventually stretched from Houston to El Paso. In the section from Paige, TX to Austin, TX they laid a whole new alignment for 290 south of where TX 20 ran, so Texas 20 is still there – as county roads – now called Old Texas 20 in a lot of places. 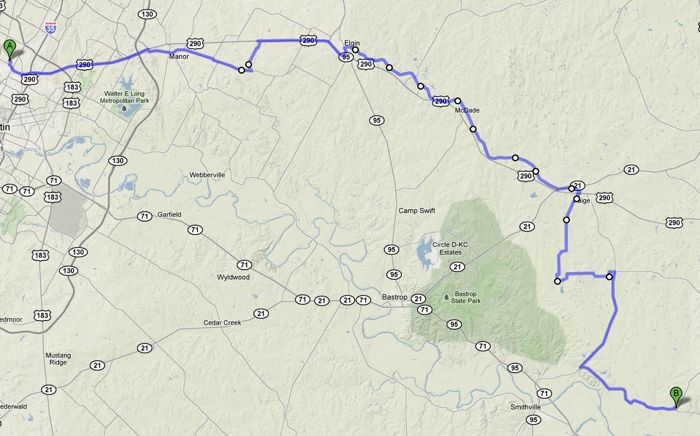 You can see TX 20 running north of 290 there from Elgin to Paige – there is also a section from Manor to Elgin – but I missed the turn so we missed that. At Paige we ran south on mostly gravel roads to the Gotier Trace – which is named for the man who marked out the route in 1830 for Stephen F. Austin. He and his family were massacred by Indians in 1837 right along where the road runs today. 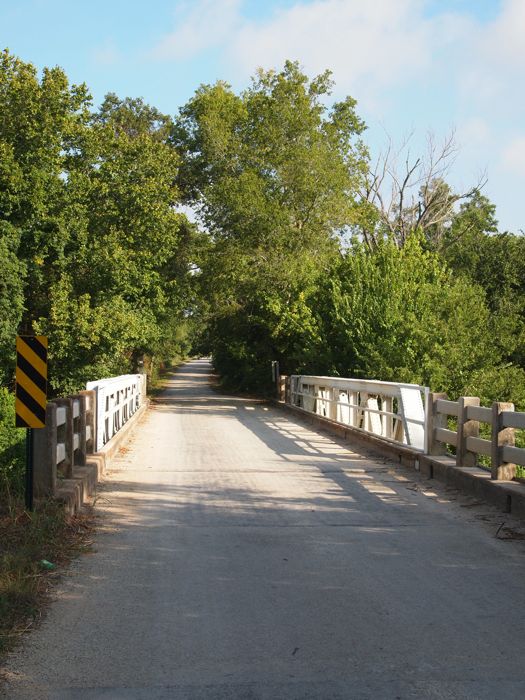 Old TX 20 is mostly a bare 2 lanes wide, with a lot of single lane bridges. Parts are paved. 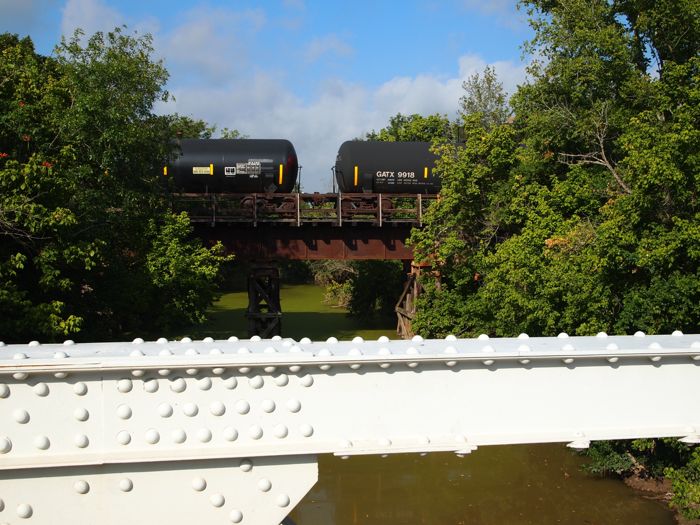 The road parallels the Union Pacific tracks for most of the way. 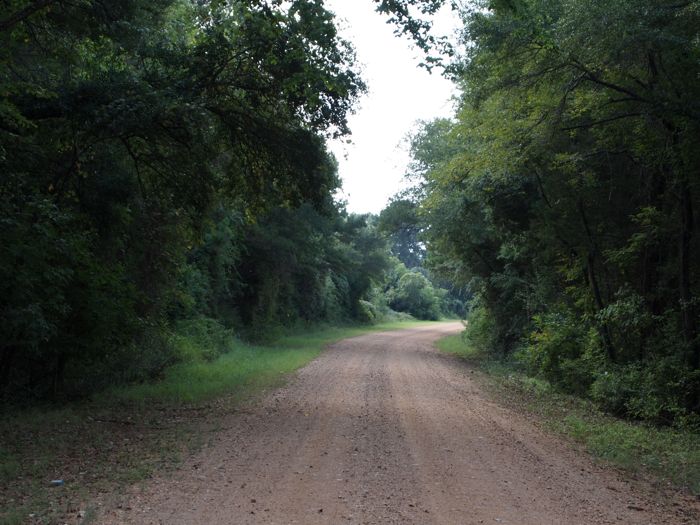 Parts of the road between McDade and Paige are gravel. These were paved when it was a state highway, but once it passed to the county they probably stopped maintaining the asphalt – even in the gravel sections you can find pieces of asphalt here and there.  It’s a great road if you’re even out here it’s worth a ride – no traffic – quiet. 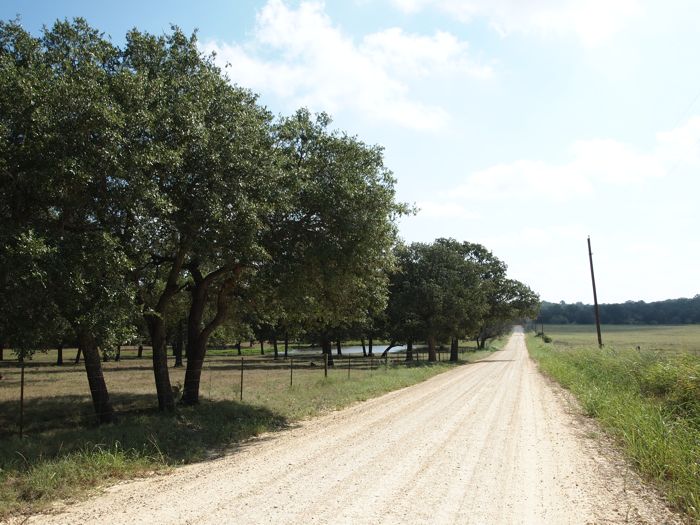 Once we hit Paige and turned south the terrain opened up and the county roads were pretty much all gravel. Here we’ve got some nice limestone base that was ok. 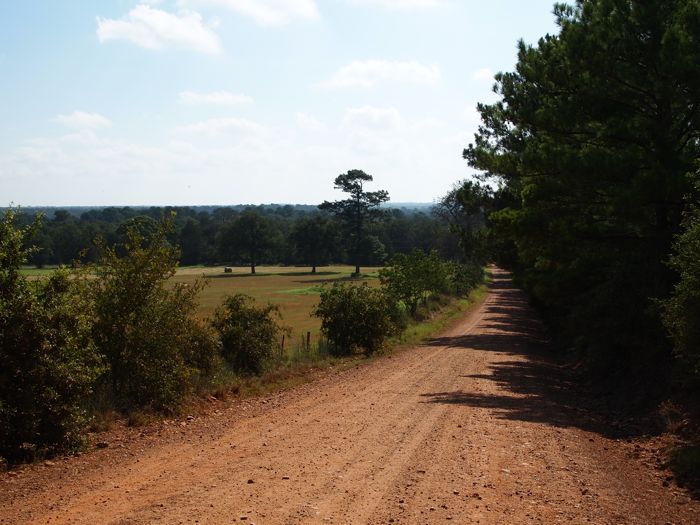 The red gravel is local chert nodules – round rocks about 2 inches in diameter that could be tricky when they were piled up deep out of the wheel ruts. But, it just made us slow down a little and look at the gorgeous Texas scenery. 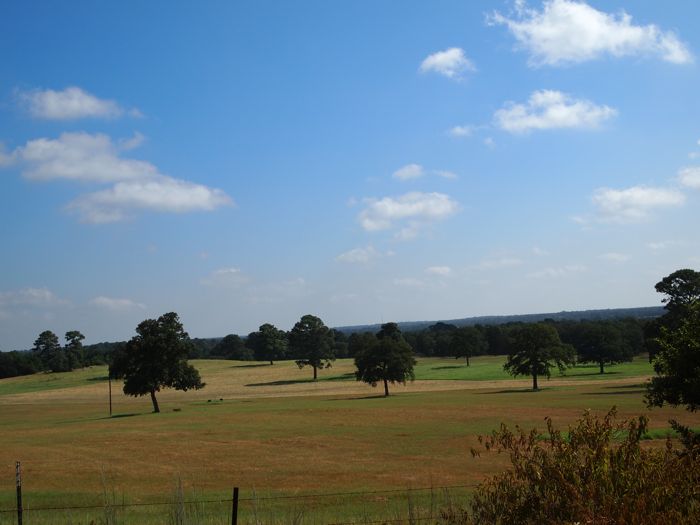 Murphy’s Steakhouse in Winchester. It’s off Front Street next to the railroad tracks – and it must be good since no one is finding this place by accident. 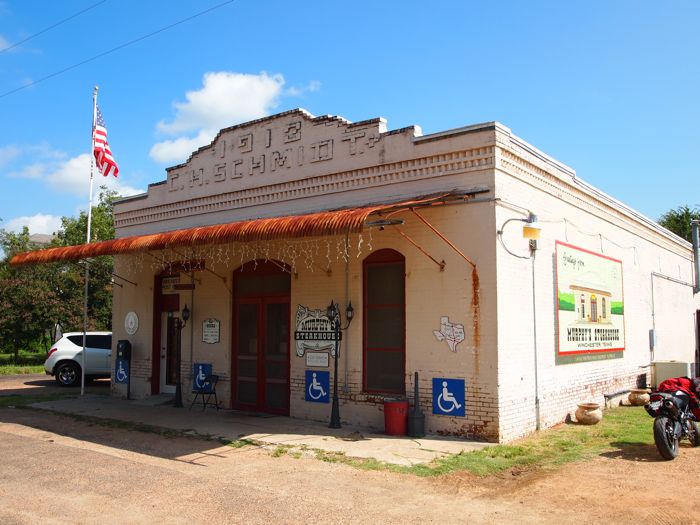 I’m wondering if maybe the grape vines might be UL approved – cause there’s nothing else here which would pass.

If you had any doubt you were in Texas, on the front door — 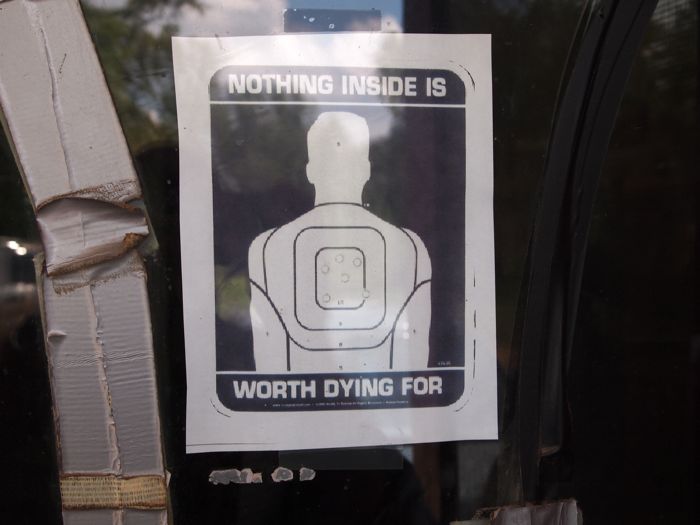 I gotta say, I love a place that has a bean bar next to the salad bar – this was a nice bowl of pintos 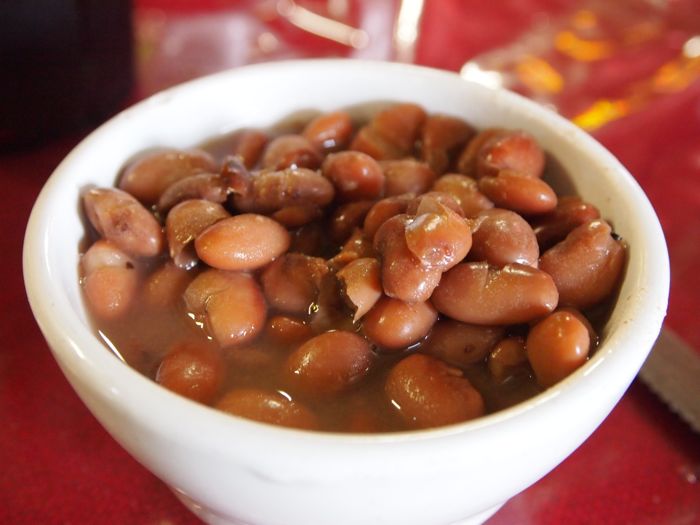 And the salad was pretty good as well – nice fresh fixins up there. 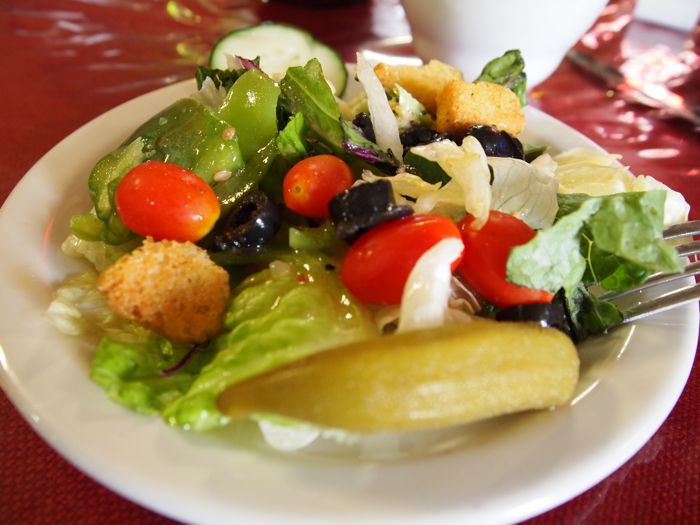 And dang, it all, I forgot to take a before picture again – here’s the wreckage partway through – small Chicken Fry and Baked potato – excellent cream gravy – well worth the ride. 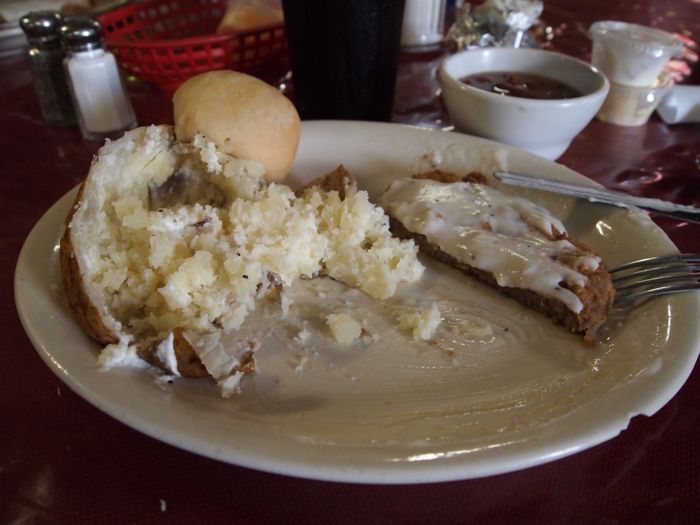 So, getting mounted up for home we decided to ride back through Elgin, and stop at the City Cafe – it was only 101 in the shade – and jeez louise – after a Chicken Fry you just gotta have some pie – so we ran like the wind up to 290 and back into downtown Elgin. 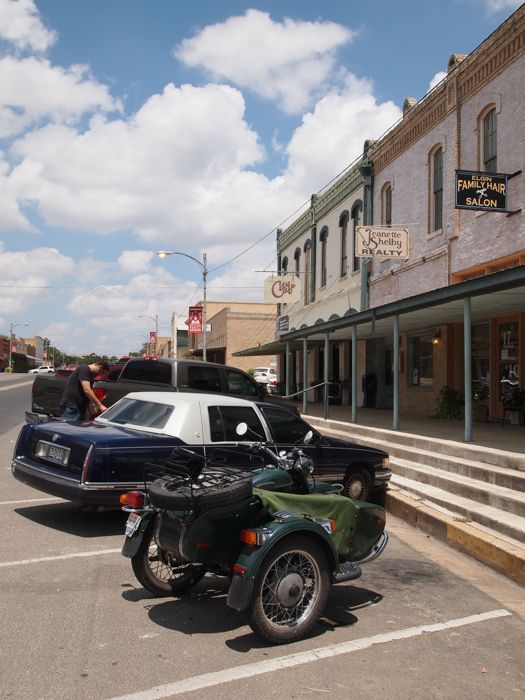 For coconut cream pie with meringue as big as your head 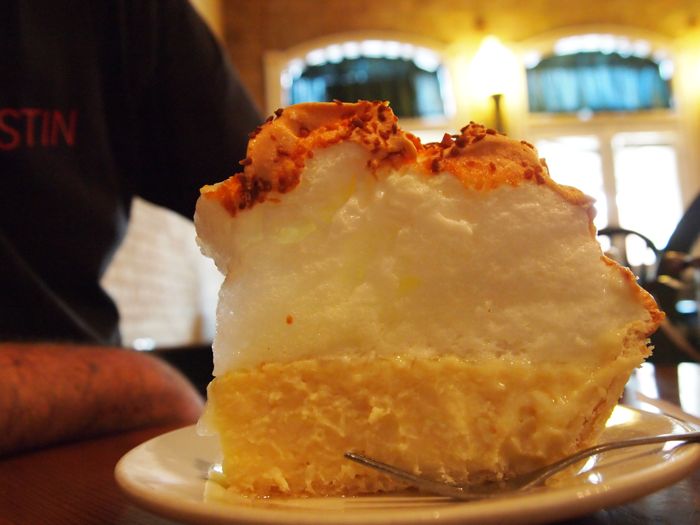 And nothing cools you off like a big load of coconut cream pie (ok – maybe not).

This entry was posted in Country Cooking, Just Ride, Ride to Eat. Bookmark the permalink.